9 days in South of Spain Itinerary

9 days in South of Spain Itinerary 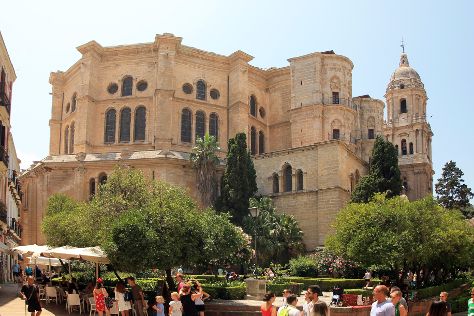 To find photos, reviews, traveler tips, and other tourist information, refer to the Malaga attractions planner.

Vancouver, Canada to Malaga is an approximately 16.5-hour flight. Due to the time zone difference, you'll lose 9 hours traveling from Vancouver to Malaga. In March, Malaga is a bit warmer than Vancouver - with highs of 23°C and lows of 11°C. Wrap up your sightseeing on the 28th (Thu) to allow time to drive to Granada.
more less

On the 29th (Fri), view the masterpieces at Kitty Harri's Sculpture Garden, then step into the grandiose world of Alhambra, and then view the masterpieces at Milenium Gallery. Here are some ideas for day two: look for gifts at Chocolates Sierra Nevada, contemplate in the serene atmosphere at Monasterio Cartuja, then wander the streets of Albayzin, then appreciate the extensive heritage of Mirador de San Nicolas, and finally steep yourself in history at Royal Chapel of Granada.

Traveling by car from Malaga to Granada takes 2 hours. Alternatively, you can take a bus; or take a train. Traveling from Malaga in March, expect Granada to be little chillier, temps between 19°C and 5°C. Wrap up your sightseeing on the 30th (Sat) to allow time to drive to Ronda.
more less 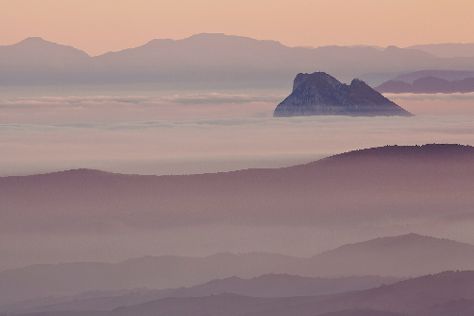 Kick off your visit on the 31st (Sun): take in the architecture and atmosphere at Iglesia de Ntra. Sra. de la Paz, then stop by ArtesamArt, then take in the views from Puente Nuevo, and finally view the masterpieces at Scott Simpson Fine Art.

For other places to visit, ratings, photos, and other tourist information, read Ronda trip builder tool.

Drive from Granada to Ronda in 2.5 hours. Alternatively, you can take a train; or take a bus. Traveling from Granada in March, things will get somewhat warmer in Ronda: highs are around 23°C and lows about 9°C. Cap off your sightseeing on the 31st (Sun) early enough to go by car to Seville.
more less

For other places to visit, traveler tips, maps, and tourist information, refer to the Seville online road trip planner.

Drive from Ronda to Seville in 2 hours. Alternatively, you can take a bus; or take a train. Expect a daytime high around 21°C in March, and nighttime lows around 9°C. Cap off your sightseeing on the 2nd (Tue) early enough to catch the train to Cordoba.
more less

Start off your visit on the 3rd (Wed): take an in-depth tour of Palacio de Viana, shop like a local with Sala el Potro, then don't miss a visit to Historic Centre of Cordoba, then get to know the fascinating history of Jewish Quarter (Juderia), and finally look for gifts at El Collar de la Paloma. Keep things going the next day: take in the spiritual surroundings of Mezquita Cathedral de Cordoba, then snap pictures at Roman Bridge, and then hunt for treasures at Mercado Victoria.

To see other places to visit, where to stay, traveler tips, and more tourist information, use the Cordoba day trip planning website.

Getting from Seville to Cordoba by train takes about 1.5 hours. Other options: drive; or take a bus. When traveling from Seville in April, plan for a bit warmer days and about the same nights in Cordoba: temperatures range from 28°C by day to 11°C at night. Wrap up your sightseeing on the 4th (Thu) early enough to travel back home.
more less