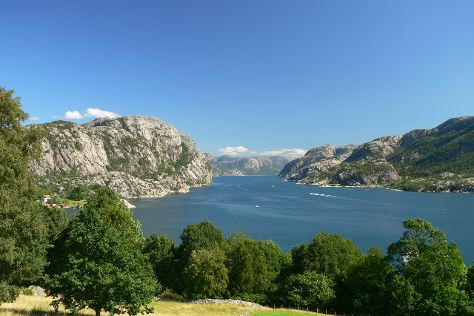 The coastal city of Stavanger ranks among Norway's top culinary destinations, its fine restaurants and food fairs an increasingly popular attraction with impassioned foodies from around the globe.

Stavanger is known for historic sites, childrens museums, and nature. Your plan includes some of its best attractions: appreciate the views at Lysefjord, view the masterpieces at Touscene, enjoy the sand and surf at Sande Beach, and appreciate the history behind Statue of Alexander Kielland.

To find other places to visit, maps, where to stay, and tourist information, use the Stavanger trip planner.

Things to do in Stavanger 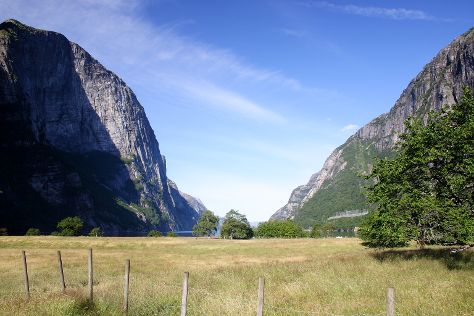 With a cluster of villages surrounded by untouched nature, Forsand Municipality is a great destination for those looking to immerse themselves in scenic surroundings, far from the city bustle.

Kick off your visit on the 31st (Sat): go for a walk through Solspeilet - The Norwegian Stonehenge, thentake some stellar pictures from Pulpit Rock, and then trek along Hike from Grauthedlar to Lysebotn.

You can ride a ferry from Stavanger to Forsand Municipality in 2 hours. Other options are to take a bus; or do a combination of train and bus. In October in Forsand Municipality, expect temperatures between °F during the day and °F at night. Finish your sightseeing early on the 31st (Sat) to allow enough time to travel to Bergen.
more less

Things to do in Forsand Municipality

Solspeilet - The Norwegian Stonehenge
Find places to stay Oct 30 — 31:
Hotels on TripAdvisor
Homes on Airbnb
Highlights from your plan

Bergen is known for nature, shopping, and historic sites. Your plan includes some of its best attractions: take in the awesome beauty at Mount Floyen and the Funicular, take a tour by water with Boat Tours & Water Sports, learn about all things military at Bergenhus Festningsmuesum, and take in the waterfront at Bryggen.

For where to stay, ratings, photos, and other tourist information, read Bergen trip planner.

Fly from Forsand Municipality to Bergen in 5 hours. Alternatively, you can do a combination of ferry and bus. In October, daytime highs in Bergen are °F, while nighttime lows are °F. Wrap up your sightseeing on the 3rd (Tue) early enough to travel back home.
more less

©
Mount Floyen and the Funicular