Explore pristine beaches and charming villages on a vacation on Djerba Island, a small island in the Gulf of Gabes known for its Berber population.

You'll find plenty of places to visit near Djerba Island: Escale de Toujane (in Matmata), Ksar Hallouf (in Medenine) and Mouansa Synagogue (in Zarzis). And it doesn't end there: get to know the resident critters at The Crocodile Farm, ride a horse along Ranch Yassmina Djerba La Douce, admire nature's wide array of creatures at Djerba Explore Park, and explore the fascinating underground world of Cave of Ali Berbere.

For photos, other places to visit, maps, and other tourist information, read our Djerba Island tour itinerary builder.

Things to do in Djerba Island 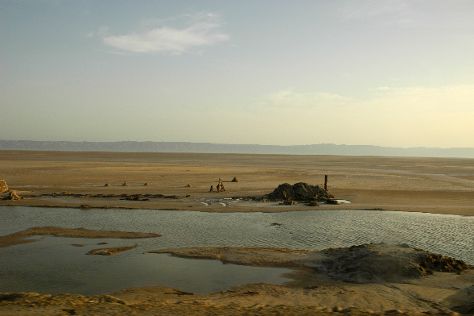 With its otherworldly desert atmosphere, Tozeur has served as a filming location for blockbuster movies such as "Star Wars," "Raiders of the Lost Ark," and "The English Patient." The ancient oasis has successfully preserved its traditional geometric architecture, craftsmanship, and fashion, especially in the medina--the old city--where friendly locals extend a warm welcome to visitors.

Venture out of the city with trips to Ksour of Tamerza (in Tamerza), Sahara Museum (in Douz) and Selja Gorges (in Gafsa Governorate). Next up on the itinerary: explore the activities along Chott El Jerid, explore the wealth of natural beauty at National Park Dghoumes, admire nature's extreme beauty at Sahara Desert, and appreciate the views at Mides Valley.

Traveling by flight from Djerba Island to Tozeur takes 3 hours. Alternatively, you can drive; or do a combination of taxi and bus. In March in Tozeur, expect temperatures between °C during the day and °C at night. You will leave for Bizerte on the 15th (Sun).
more less

Things to do in Tozeur 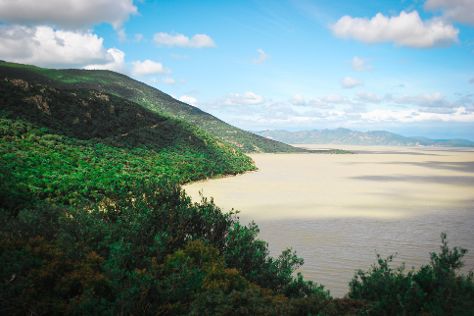 Bizerte; historically: Phoenician: Hippo Acra, Hippo Diarrhytus and Hippo Zarytus), also known in English as Bizerta, is a town of Bizerte Governorate in Tunisia. Bizerte is known for historic sites, nature, and zoos & aquariums. Your plan includes some of its best attractions: explore the activities along Ichkeul National Park, delve into the distant past at Fort d'Espagne, pause for some serene contemplation at Alexander Nevsky Orthodox Church, and observe the fascinating underwater world at Musee Oceanographique.

You can fly from Tozeur to Bizerte in 4 hours. Alternatively, you can drive; or take a bus. Prepare for slightly colder weather when traveling from Tozeur in March: high temperatures in Bizerte hover around °C and lows are around °C. On the 21st (Sat), you're off to Beja Governorate.
more less

Things to do in Bizerte

©
Béja Governorate is one of the twenty-four governorates of Tunisia. Explore the numerous day-trip ideas around Beja Governorate: Tabarka (La Cigale Tabarka Golf, Fort Genois, &more) and Bulla Regia (in Jendouba). It doesn't end there: explore the ancient world of Dougga and don't miss a visit to Musti.

To find photos, reviews, where to stay, and tourist information, refer to the Beja Governorate online sightseeing planner.

Traveling by car from Bizerte to Beja Governorate takes 2 hours. Alternatively, you can take a bus; or take a train. In March, plan for daily highs up to °C, and evening lows to °C. You will leave for Kairouan on the 26th (Thu).
more less

Things to do in Beja Governorate

©
Kairouan, is the capital of the Kairouan Governorate in Tunisia. You'll find plenty of places to visit near Kairouan: Sbeitla (in Subaytilah) and Maktaris (in Makthar). The adventure continues: admire the landmark architecture of The Great Mosque of Kairouan, contemplate the long history of Governor's House, admire the masterpieces at Dar Hassine Allani, and contemplate in the serene atmosphere at Mosque Sidi Sahbi (Mosque of the Barber).

For more things to do, photos, and other tourist information, you can read our Kairouan attractions planner.

You can drive from Beja Governorate to Kairouan in 3 hours. Another option is to do a combination of train and bus. In March in Kairouan, expect temperatures between °C during the day and °C at night. On the 1st (Wed), you'll travel to El-Jem.
more less

Things to do in Kairouan

©
The Great Mosque of Kairouan 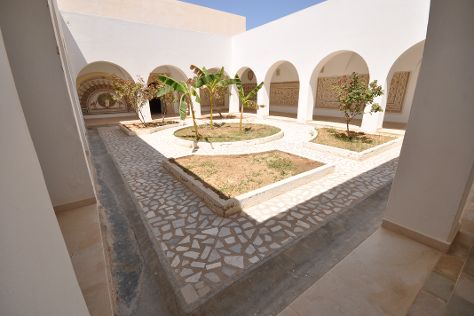 For ratings, other places to visit, photos, and tourist information, use the El-Jem trip itinerary planner.

You can drive from Kairouan to El-Jem in 1.5 hours. Alternatively, you can do a combination of taxi and train. April in El-Jem sees daily highs of °C and lows of °C at night. You will leave for Monastir on the 8th (Wed).
more less

Things to do in El-Jem

Known for its imposing 8th-century fortress, the coastal city of Monastir offers visitors pristine beaches, a scenic waterfront, and a number of historic buildings to admire.

Drive from El-Jem to Monastir in 1.5 hours. Alternatively, you can take a train. April in Monastir sees daily highs of °C and lows of °C at night. Wrap up your sightseeing on the 15th (Wed) to allow time to drive to Hammamet.
more less

Things to do in Monastir 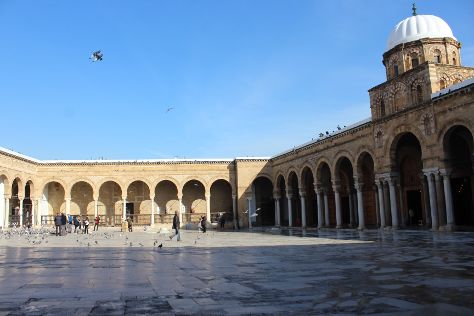 Explore Hammamet's surroundings by going to Tunis (Dar Lasram, Medina of Tunis, &more), D'Enfidha (in Enfidha) and Uthina (Oudhna) (in Ben Arous). There's much more to do: wander the streets of Yasmin Hammamet, don't miss a visit to Medina of Hammamet, stroll through Hammamet Beach, and delve into the distant past at Ruins of Kerkouane.

For other places to visit, ratings, traveler tips, and other tourist information, go to the Hammamet sightseeing planning site.

Traveling by car from Monastir to Hammamet takes 2 hours. Alternatively, you can take a train. In April, daytime highs in Hammamet are °C, while nighttime lows are °C. Cap off your sightseeing on the 22nd (Wed) early enough to go by car to Carthage.
more less 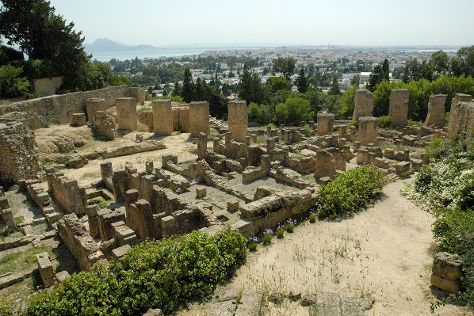 ©
Carthage is known for historic sites, museums, and nightlife. Your plan includes some of its best attractions: delve into the distant past at Site Archeologique de Carthage, stroll the grounds of North Africa American Cemetery and Memorial, make a trip to Carthage Aqueduct, and examine the collection at Carthage Museuma.

To see other places to visit, maps, and other tourist information, you can read our Carthage trip planner.

Traveling by car from Hammamet to Carthage takes 1.5 hours. Alternatively, you can do a combination of train and subway. April in Carthage sees daily highs of °C and lows of °C at night. Wrap up your sightseeing by early afternoon on the 28th (Tue) to allow time for travel back home.
more less

Things to do in Carthage