Famous for its resemblance to the ancient settlements of Jerusalem and Cappadocia, Matera remains one of the oldest inhabited cities in the world.

Venture out of the city with trips to Cantine del Notaio (in Rionero in Vulture), Salerno (Il Vecchio Centro Storico di Romagnano al Monte & TEMPERE Azienda Vitivinicola f.lli Pica) and Potenza (Chiesa di San Michele Arcangelo, Basilicata Mtb, & more). Next up on the itinerary: get to know the fascinating history of Sassi di Matera, get lost in a book at Libreria dell’Arco, take an in-depth tour of Museo Etonico Arbresh, and look for all kinds of wild species at Setteventi del Pollino.

Melbourne, Australia to Matera is an approximately 29-hour combination of flight and bus. You can also do a combination of flight and train; or do a combination of bus, flight, and train. The time zone changes from Australian Eastern Standard Time (Victoria) to Central European Time, which is usually a -9 hour difference. Traveling from Melbourne in April, expect nights in Matera to be about the same, around 9°C, while days are a bit cooler, around 20°C. Finish up your sightseeing early on the 8th (Sat) so you can travel to Capri.
more less

Things to do in Matera 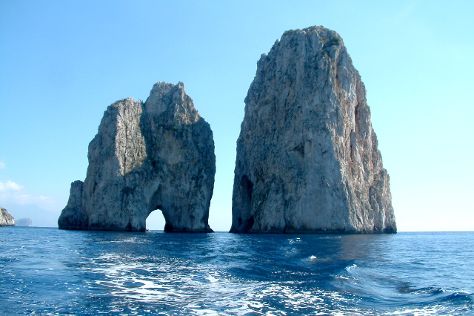 The island of Capri encompasses all the magical allure of the Mediterranean--dramatic blue waters, lush mountainous landscape, and picturesque island villages.

Capri is known for nature, parks, historic sites, beaches, and scenic drive. Your plan includes some of its best attractions: tour the pleasant surroundings at Pizzolungo, take some stellar pictures from Belvedere Cannone, explore the striking landscape at I Faraglioni, and make a trip to Belvedere di Tragara.

To find where to stay, ratings, and other tourist information, go to the Capri sightseeing planner .

Things to do in Capri

Anacapri, Sentiero Del Passetiello Capri
Find places to stay May 8 — 18:
Hotels on TripAdvisor
Homes on Airbnb
Highlights from your plan 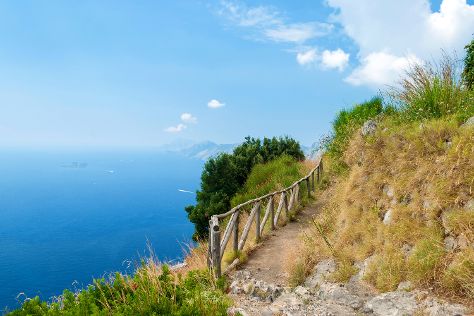 Often referred to as the gem of the Amalfi Coast, Positano remains one of southern Italy's most sought-after vacation locales, thanks to its hillside location and picturesque, pastel buildings.

Explore Positano's surroundings by going to Wine Tours & Tastings (in Amalfi), Torre del Capo di Conca (in Conca dei Marini) and Monte Tre Calli (in Agerola). The adventure continues: get great views at Il Sentiero Degli Dei, get outside with Walk of the Gods, kick back and relax at Fornillo, and cast your line with a fishing tour.

To see maps, photos, other places to visit, and other tourist information, refer to the Positano trip itinerary maker app .

Traveling by car from Capri to Positano takes 3.5 hours. In May, daily temperatures in Positano can reach 27°C, while at night they dip to 18°C. Wrap up your sightseeing on the 29th (Sat) early enough to drive to Maiori.
more less

Things to do in Positano 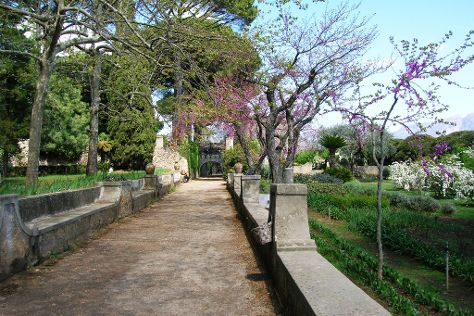 ©
Maiori is a town and comune on the Amalfi coast in the province of Salerno . Explore Maiori's surroundings by going to Cantine Marisa Cuomo (in Furore), Villa Cimbrone Gardens (in Ravello) and Vietri sul Mare (Amalfi Bike Rental - Day Rentals, Sol’Art Ceramiche, & more). There's still lots to do: admire the striking features of Villa Rufolo, take in the spiritual surroundings of Duomo di Sant'Andrea, contemplate the long history of Duomo di Ravello, and admire the natural beauty at Giardino Segreto dell'Anima.

You can drive from Positano to Maiori in 1.5 hours. May in Maiori sees daily highs of 26°C and lows of 21°C at night. Wrap up your sightseeing on the 9th (Wed) to allow time to drive to Naples.
more less

Things to do in Maiori 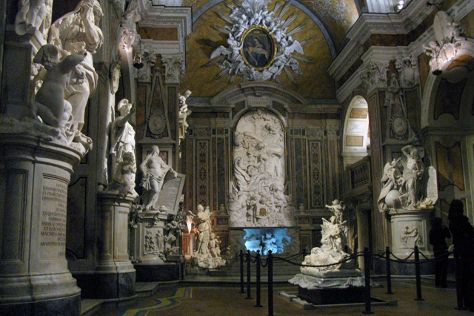 ©
Naples is the capital of the Italian region Campania and the third-largest municipality in Italy after Rome and Milan. Explore Naples' surroundings by going to Salerno (Museo Diocesano San Matteo di Salerno, Escape Room Intrappola.TO - Salerno, & more), Pompeii (Temple of Apollo & Villa dei Misteri) and Cimitero di Guerra di Salerno (in Montecorvino Pugliano). There's lots more to do: delve into the distant past at Pompeii Archaeological Park, don't miss a visit to Miglio Sacro, learn about all things military at Galleria Borbonica, and admire the masterpieces at Museo e Real Bosco di Capodimonte.

To find other places to visit, more things to do, traveler tips, and more tourist information, go to the Naples travel planner .

You can drive from Maiori to Naples in 1.5 hours. Plan for a bit cooler nights when traveling from Maiori in June since evenings lows in Naples dip to 22°C. On the 23rd (Wed), wrap the sightseeing up by early afternoon so you can travel back home.
more less

Things to do in Naples