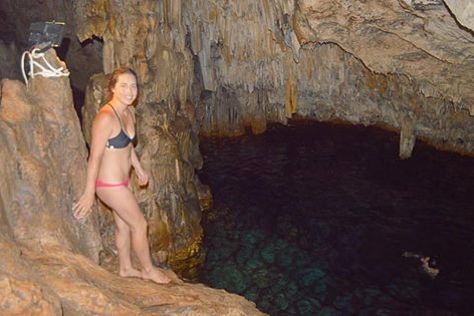 The capital of Tonga and the seat of the island nation's royal family, Nuku'alofa was first seen by Western eyes in 1777, when legendary Captain James Cook arrived in the area.

When in Nuku'alofa, make a side trip to see Anahulu Cave - The Underground Swimming Pool in Haveluliku, approximately 32 minutes away. There's still lots to do: tour the pleasant surroundings at Mapu'a 'a Vaea Blowholes, take a memorable tour with Tours, appreciate the history behind Ha'amonga'a Maui Trilithon, and make a trip to Kingdomkoffie.

To see other places to visit, reviews, traveler tips, and tourist information, use the Nuku'alofa holiday builder app .

If you are flying in from New Zealand, the closest major airport is Fua'amotu International Airport. In December in Nuku'alofa, expect temperatures between 33°C during the day and 26°C at night. You'll set off for home on the 13th (Fri).
more less

Things to do in Nuku'alofa