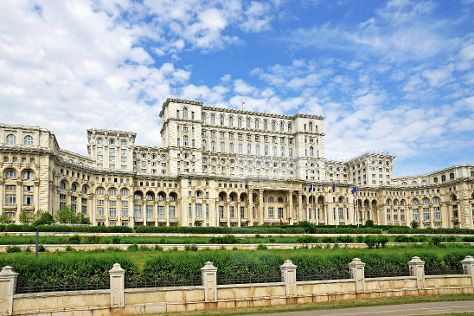 Go for a jaunt from Bucharest to Mogosoaia to see Mogosoaia Palace about 34 minutes away. Next up on the itinerary: get a sense of history and politics at Palace of Parliament, take an in-depth tour of Peasant Museum (Muzeul Taranului Roman), join in the after-dark buzz at Bucharest Party ON, and get a new perspective on nature at Grigore Antipa National Museum of Natural History.

If you are flying in from Israel, the closest major aiport is Henri Coandă International Airport. In November, daytime highs in Bucharest are 12°C, while nighttime lows are 2°C. Wrap up your sightseeing on the 10th (Fri) early enough to travel back home.
more less