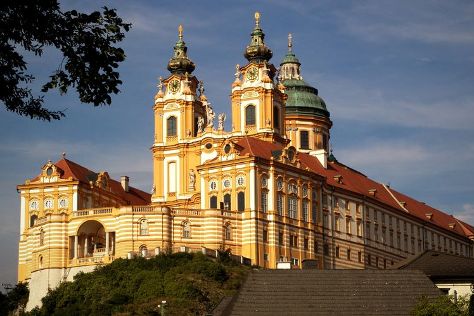 Popular historic sites such as Melk Abbey and Central Cemetery (Zentralfriedhof) are in your itinerary. Discover out-of-the-way places like Leopold Museum and Graben and Kohlmarkt. Venture out of the city with trips to Wachau Valley (in Joching), Winzer Krems (in Krems an der Donau) and Johannesbachklamm (in Wurflach). And it doesn't end there: get engrossed in the history at Kaiserliche Schatzkammer Wien, see the interesting displays at Egon Schiele Birth House, hunt for treasures at Vienna Naschmarkt, and take a stroll through Historic Center of Vienna.

To see ratings, traveler tips, other places to visit, and more tourist information, go to the Vienna online route builder.

If you are flying in from Germany, the closest major aiport is Vienna International Airport. In December, daily temperatures in Vienna can reach 5°C, while at night they dip to 0°C. Finish up your sightseeing early on the 31st (Sun) so you can travel back home.
more less