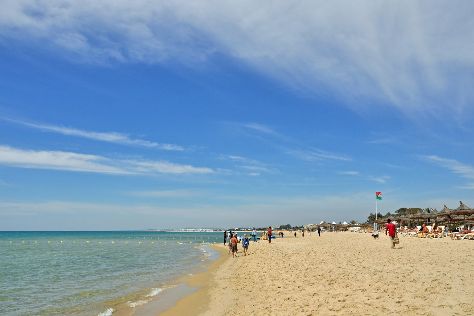 Visit Medina of Sousse and Zitouna Mosque for their historical value. Get outdoors at Hammamet Beach and Citrus Golf Course. Explore the numerous day-trip ideas around Hammamet: Boukornine National Park (in Hammam Lif), The National Bardo Museum (in Tunis) and Monastir (Ribat of Monastir & Bourghiba Mausoleum). And it doesn't end there: wander the streets of Yasmin Hammamet, take an in-depth tour of Sousse Archaeological Museum, examine the collection at Musee des Religions, and take in the spiritual surroundings of The Great Mosque of Kairouan.

To see photos, other places to visit, ratings, and other tourist information, go to the Hammamet tour website .