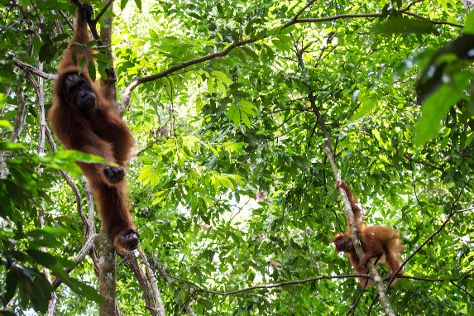 Tucked away in Northern Sumatra, the small charming village of Bukit Lawang is best known for its World Heritage-listed Sumatran orangutan sanctuary, and also serves as a convenient base for accessing the surrounding jungle and national park.

Bukit Lawang is known for nature, wildlife, parks, nightlife, and adventure. Your plan includes some of its best attractions: surround yourself with nature on a nature and wildlife tour, head outdoors with Sumatra Jungle Life, take in the dramatic scenery at Teroh-Teroh Waterfall, and delve into the lush surroundings at The Bohorok Orangutan Centre at Bukit Lawang.

To see other places to visit, where to stay, reviews, and tourist information, refer to the Bukit Lawang driving holiday planner .

In October in Bukit Lawang, expect temperatures between 36°C during the day and 27°C at night. On the 21st (Mon), wrap the sightseeing up by early afternoon so you can travel back home.
more less

Things to do in Bukit Lawang