Take a break from Ciudad Del Este with a short trip to Monumento Cientifico Moises Bertoni in Presidente Franco, about 48 minutes away. Next up on the itinerary: buy something for everyone on your list at Casa Nissei, admire the sheer force of Saltos del Monday, stop by Shopping Del Este, and don't miss a visit to PRESA DE ITAIPU.

To find traveler tips, more things to do, ratings, and other tourist information, you can read our Ciudad Del Este trip maker site .

Sao Paulo, Brazil to Ciudad Del Este is an approximately 4-hour combination of flight and car. You can also do a combination of bus, flight, and car; or drive. In October, daytime highs in Ciudad Del Este are 34°C, while nighttime lows are 20°C. Finish your sightseeing early on the 21st (Mon) to allow enough time to travel to Asuncion.
more less 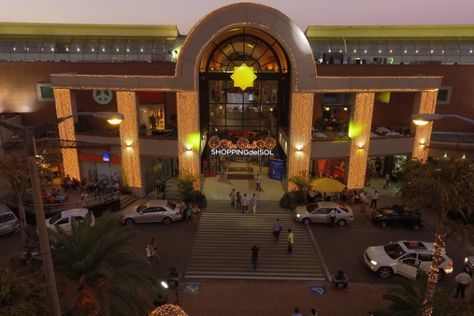 On the 22nd (Tue), shop like a local with Shopping del Sol, make a trip to Costanera de Asuncion, ponder the world of politics at Palacio de López, then pause for some photo ops at The National Pantheon of Heroes and Oratory of the Virgin Our Lady Saint Mary of the Asuncion, and finally contemplate the long history of Casa de la Independencia.

To see more things to do, photos, other places to visit, and other tourist information, refer to the Asuncion online attractions planner .

Traveling by combination of taxi and flight from Ciudad Del Este to Asuncion takes 1.5 hours. Alternatively, you can drive; or take a bus. The time zone difference moving from Brasilia Time (BRT) to Paraguay Time (PYT) is minus 1 hour. In October, plan for daily highs up to 35°C, and evening lows to 22°C. Cap off your sightseeing on the 22nd (Tue) early enough to travel back home.
more less