Vienna is known for historic sites, museums, nightlife, zoos & aquariums, and theme parks. Your plan includes some of its best attractions: admire the striking features of Schonbrunn Palace, learn about wildlife with up-close encounters at Schönbrunn Zoo, take in the architecture and atmosphere at St. Stephen's Cathedral, and get a sense of history and politics at Rathaus.

Before you visit Vienna, use our trip planner to discover what you can do and see there.

Islamabad, Pakistan to Vienna is an approximately 17-hour flight. The time zone changes from Pakistan Time to Central European Time, which is usually a -4 hour difference. Traveling from Islamabad in November, expect nights in Vienna to be slightly colder, around 3°C, while days are much colder, around 11°C. Wrap up your sightseeing on the 23rd (Sat) early enough to travel to Innsbruck.
more less 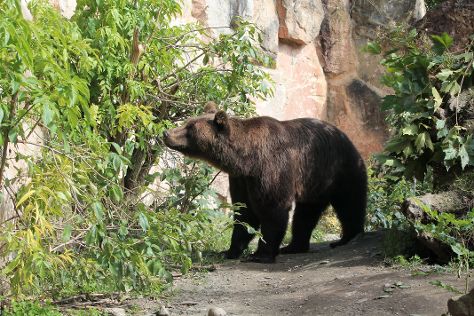 Innsbruck is known for historic sites, museums, zoos & aquariums, winter sports, and nightlife. Your plan includes some of its best attractions: browse the exhibits of The Golden Roof (Goldenes Dachl), explore the world behind art at Schloss Ambras Innsbruck (Ambras Castle), tour the pleasant surroundings at Serlesbahnen, and take in panoramic vistas at Town Tower (Stadtturm).

To see more things to do, reviews, where to stay, and more tourist information, you can read our Innsbruck travel itinerary planner .

Getting from Vienna to Innsbruck by flight takes about 4 hours. Other options: take a train; or drive. Expect a daytime high around 11°C in November, and nighttime lows around 0°C. Cap off your sightseeing on the 26th (Tue) early enough to catch the train to St. Anton am Arlberg.
more less 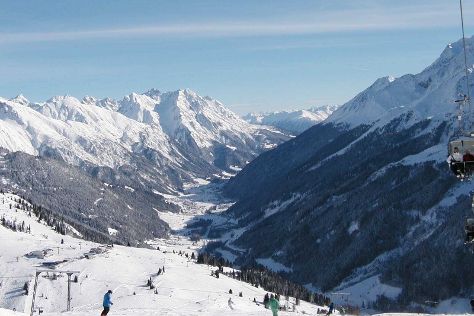 ©
Start off your visit on the 27th (Wed): hit the slopes at Hochzeiger Bergbahnen Pitztal AG and then explore the world behind art at Alpinarium Galtur. On your second day here, step into the grandiose world of Schloss Landeck and then hit the slopes at St. Anton.

To see maps, ratings, traveler tips, and other tourist information, use the St. Anton am Arlberg attractions planner .

You can take a train from Innsbruck to St. Anton am Arlberg in 1.5 hours. Alternatively, you can drive. In November, plan for daily highs up to 11°C, and evening lows to 3°C. Finish up your sightseeing early on the 28th (Thu) so you can travel to Obergurgl.
more less

Things to do in St. Anton am Arlberg

©
Obergurgl is a village in the Ötztal Alps in Tyrol, Austria. Start off your visit on the 29th (Fri): fly down the slopes at Obergurgl-Hochgurgl and then see the interesting displays at obergurgl. Keep things going the next day: admire the sheer force of Stuibenfall and then don't miss a visit to Kath. Pfarrkirche hl. Georg und Nikolaus.

Traveling by combination of train and car from St. Anton am Arlberg to Obergurgl takes 1.5 hours. Alternatively, you can drive; or do a combination of train and bus. In November, Obergurgl is little chillier than St. Anton am Arlberg - with highs of 7°C and lows of 0°C. Finish your sightseeing early on the 1st (Sun) so you can drive to Kitzbuhel.
more less

Things to do in Obergurgl 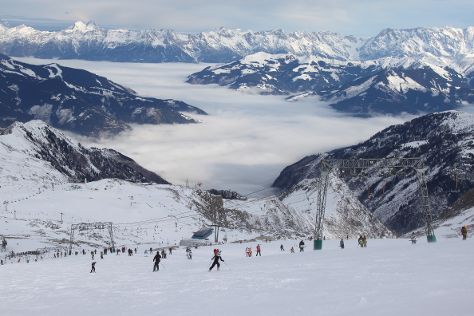 ©
Kitzbühel is a small medieval town situated along the river Kitzbuhler Ache in Tyrol, Austria and the administrative centre of the Kitzbühel district. Get out of town with these interesting Kitzbuhel side-trips: Kufstein Fortress (in Kufstein), Grossglockner High Alpine Road (in Heiligenblut) and Kitzsteinhorn (in Kaprun). There's much more to do: admire the masterpieces at Swarovski Crystal Worlds, make a trip to Franziskaner Der Immakulata, and tour the pleasant surroundings at SkiWelt Wilder Kaiser - Brixental.

For where to stay, ratings, other places to visit, and more tourist information, read Kitzbuhel trip maker app .

Getting from Obergurgl to Kitzbuhel by car takes about 2.5 hours. Other options: do a combination of car and train. Traveling from Obergurgl in December, expect nights in Kitzbuhel to be about the same, around -5°C, while days are little chillier, around 1°C. Wrap up your sightseeing on the 3rd (Tue) to allow time to drive to Lienz.
more less

©
Lienz is a medieval town in the Austrian state of Tyrol. On the 4th (Wed), explore the striking landscape of Nationalpark Hohe Tauern. On the 5th (Thu), you'll have a packed day of sightseeing: make a trip to Osttirodler - Alpine Coaster, then pause for some serene contemplation at Pfarre Maria Luggau, and then take in the awesome beauty at Grossglockner.

You can drive from Kitzbuhel to Lienz in 1.5 hours. Another option is to take a train. In December, plan for daily highs up to 1°C, and evening lows to -5°C. Wrap up your sightseeing by early afternoon on the 6th (Fri) to allow enough time to drive to Salzburg.
more less

Things to do in Lienz

Get out of town with these interesting Salzburg side-trips: Hallstatt (Hallstatt Skywalk "Welterbeblick", Salzwelten, & more). The adventure continues: take some stellar pictures from Fortress Hohensalzburg, contemplate the long history of Mozart Residence (Mozart Wohnhaus), make a trip to Salzburger Altstadt, and examine the collection at Salzburg Museum.

For reviews, where to stay, photos, and other tourist information, read our Salzburg vacation planner.

You can drive from Lienz to Salzburg in 3 hours. Alternatively, you can take a train; or do a combination of bus and train. When traveling from Lienz in December, plan for a bit warmer days in Salzburg, with highs around 6°C, while nights are about the same with lows around -1°C. You will have some time to spend on the 13th (Fri) before leaving for home.
more less

Hallstatt
Find places to stay Dec 6 — 13:
Hotels on TripAdvisor
Homes on Airbnb
Highlights from your plan