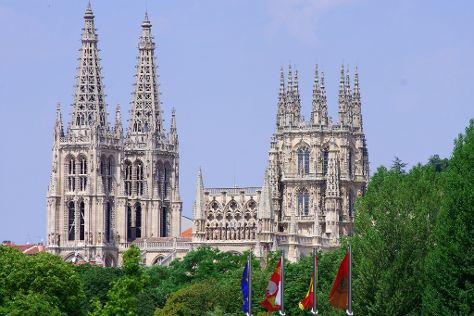 For maps, where to stay, traveler tips, and tourist information, use the Burgos trip maker site .

If you are flying in from United States, the closest major airports are Adolfo Suárez Madrid–Barajas Airport, Santander Airport and Bilbao Airport. In March in Burgos, expect temperatures between 53°F during the day and 35°F at night. Finish up your sightseeing early on the 19th (Thu) so you can travel back home.
more less

Things to do in Burgos