Called "Oporto" by many, the city of Porto along the Duoro River lent the country and Port wine their names. Portugal's second-largest metropolis dates back to the 4th century, representing both a rich cultural past and industrial present through its architecture and style.

Step out of Porto to go to Braga and see Bom Jesus do Monte, which is approximately 52 minutes away. There's much more to do: take in the views from Ponte de Dom Luis I, contemplate in the serene atmosphere at Porto Cathedral (Se Catedral), take in the waterfront at Cais da Ribeira, and get the lay of the land with Walking tours.

If you are flying in from Singapore, the closest major aiport is Francisco de Sá Carneiro Airport. In December, daytime highs in Porto are 18°C, while nighttime lows are 7°C. Wrap up your sightseeing on the 19th (Thu) early enough to travel to Marialva.
more less

Things to do in Porto 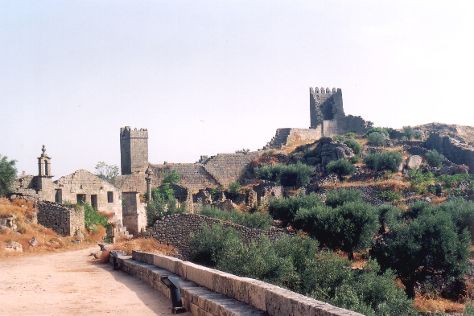 ©
Kick off your visit on the 20th (Fri): delve into the distant past at Castelo de Marialva, step into the grandiose world of Torre do relogio, and then identify plant and animal life at Faia Brava Reserve.

You can drive from Porto to Marialva in 2.5 hours. Finish up your sightseeing early on the 20th (Fri) so you can go by car to Viseu.
more less

Things to do in Marialva 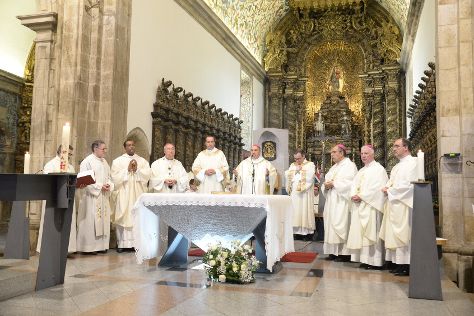 ©
Viseu is a city and municipality in the Centro Region of Portugal and the capital of the district of the same name, with a population of 99,274 inhabitants, and center of the Viseu Dão Lafões intermunipical community, with 267,633 inhabitants.Settled during the period of the early Iberian castro culture, the territory of Viseu was populated by a series of cultures, that include the Romans, Suebs, Visigoths and Moors. Start off your visit on the 21st (Sat): take in the architecture and atmosphere at Se Catedral de Viseu, then pause for some serene contemplation at Igreja da Misericordia de Viseu, then pause for some serene contemplation at Church of the Third of San Francisco, and finally make a trip to Painel de Azulejos. Get ready for a full day of sightseeing on the next day: admire the masterpieces at Museu Grao Vasco, buy something for everyone on your list at Palacio do Gelo, and then stroll through Ecopista do Dao.

Traveling by car from Marialva to Viseu takes 1.5 hours. On the 23rd (Mon), wrap the sightseeing up by early afternoon so you can drive to Vila Nova de Foz Coa.
more less

Things to do in Viseu

You can drive from Viseu to Vila Nova de Foz Coa in 1.5 hours. Wrap up your sightseeing on the 29th (Sun) to allow time to travel to Coimbra.
more less

Things to do in Vila Nova de Foz Coa 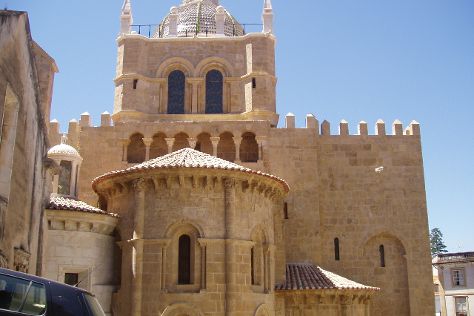 The university town of Coimbra exudes modern flair while embracing its roots as the medieval capital of Portugal.

Kick off your visit on the 30th (Mon): take in nature's colorful creations at Jardim Botanico, take in the architecture and design of University of Coimbra, then take in the spiritual surroundings of Old Cathedral of Coimbra (Se Velha de Coimbra), and finally contemplate the long history of Torre da Universidade de Coimbra. On the next day, don't miss a visit to Sao Sebastiao Aqueduct, contemplate the long history of Portugal dos Pequenitos, and then test your team's savvy at popular escape rooms.

To see maps, reviews, where to stay, and more tourist information, refer to the Coimbra trip itinerary maker app.

Getting from Vila Nova de Foz Coa to Coimbra by car takes about 2.5 hours. In December, plan for daily highs up to 18°C, and evening lows to 7°C. Finish your sightseeing early on the 31st (Tue) to allow enough time to drive to Alcobaca.
more less

Things to do in Coimbra

©
Alcobaça is a city and a municipality in Oeste Subregion, region Centro in Portugal, formerly included in the Estremadura Province. Step out of Alcobaca with an excursion to Basilica de Nossa Senhora do Rosario de Fatima in Fatima--about 42 minutes away. And it doesn't end there: contemplate the long history of Batalha Monastery, examine the collection at Mosteiro de Santa Maria de Coz, stop by Made In Alcobaca, and do a tasting at Quinta dos Capuchos.

To find other places to visit, traveler tips, and other tourist information, refer to the Alcobaca trip planner.

You can drive from Coimbra to Alcobaca in 1.5 hours. Alternatively, you can take a bus. In December in Alcobaca, expect temperatures between 18°C during the day and 7°C at night. Wrap up your sightseeing on the 3rd (Fri) to allow time to drive to Nazare.
more less

Things to do in Alcobaca

©
Nazaré is a town and a municipality in subregion Oeste and Leiria District, in Portugal.It is one of the most popular seaside resorts in the Silver Coast/Costa de Prata, Portugal. On the 4th (Sat), tour the pleasant surroundings at Praia da Nazare, make a trip to O Sitio, and then don't miss a visit to Obidos Village. Get ready for a full day of sightseeing on the 5th (Sun): get great views at Miradouro do Suberco, then don't miss a visit to Forte de Sao Miguel, then explore the historical opulence of Castelo de Óbidos, and finally pause for some serene contemplation at Ermida da Memoria.

Nazare is just a short distance from Alcobaca. Expect a daytime high around 17°C in January, and nighttime lows around 7°C. Cap off your sightseeing on the 5th (Sun) early enough to go by car to Sintra.
more less

Things to do in Nazare

Obidos
Find places to stay Jan 3 — 5:
Hotels on TripAdvisor
Homes on Airbnb
Highlights from your plan

Surrounded by rolling hills and old mansions and castles, Sintra has become known as the first center of the European Romantic style.

To find other places to visit, photos, more things to do, and tourist information, use the Sintra online trip planner.

Drive from Nazare to Sintra in 1.5 hours. Alternatively, you can do a combination of bus and train; or take a train. In January, daytime highs in Sintra are 17°C, while nighttime lows are 8°C. Finish your sightseeing early on the 7th (Tue) to allow enough time to drive to Lisbon.
more less

Things to do in Sintra

©
Park and National Palace of Pena

Built on seven hills, Lisbon has experienced a renaissance in recent years, making it the cultural star of Portugal.

Start off your visit on the 8th (Wed): don't miss a visit to Praca do Comercio (Terreiro do Paco), then make a trip to Belém Tower, then admire the landmark architecture of Mosteiro dos Jeronimos, and finally get up close and personal with brilliant marine life at Lisbon Oceanarium. Get ready for a full day of sightseeing on the 9th (Thu): stop by Alfama and then explore the historical opulence of Castelo de S. Jorge.

To see maps, reviews, traveler tips, and other tourist information, use the Lisbon vacation planner.

Lisbon is just a stone's throw from Sintra. Expect a daytime high around 17°C in January, and nighttime lows around 9°C. Cap off your sightseeing on the 9th (Thu) early enough to travel back home.
more less

Things to do in Lisbon