Seville is known for historic sites, nightlife, and parks. Your plan includes some of its best attractions: admire the striking features of Plaza de España, admire the natural beauty at Casa de Pilatos, admire the masterpieces at Museo De Bellas Artes De Sevilla, and take in the architecture and atmosphere at Catedral de Sevilla.

For traveler tips, where to stay, and tourist information, go to the Seville online travel route planner.

San Jose, Costa Rica to Seville is an approximately 16-hour flight. The time zone difference moving from Central Standard Time to Central European Standard Time is 7 hours. When traveling from San Jose in February, plan for little chillier days and colder nights in Seville: temperatures range from 18°C by day to 8°C at night. Finish your sightseeing early on the 4th (Thu) to allow enough time to drive to Ronda.
more less 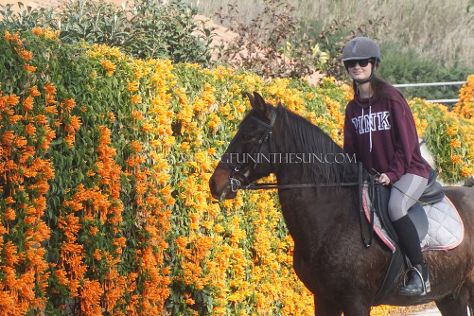 Explore the numerous day-trip ideas around Ronda: Casares (Riding Fun In The Sun & Finca Cortesin Golf Club) and Castillo de la Duquesa (in Manilva). Next up on the itinerary: do a tasting at Bodega Garcia Hidalgo, take in the views from Puente Nuevo, see the interesting displays at Centro de Interpretacion del Vino, and make a trip to Ronda.

You can drive from Seville to Ronda in 2 hours. Other options are to take a bus; or take a train. In February, daily temperatures in Ronda can reach 19°C, while at night they dip to 6°C. Wrap up your sightseeing on the 7th (Sun) to allow time to drive to Nerja.
more less

©
Riding Fun In The Sun 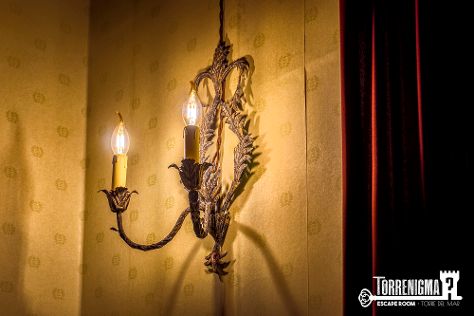 ©
Nerja is a municipality on the Costa del Sol in the province of Málaga in the autonomous community of Andalusia in southern Spain. Step out of Nerja with an excursion to Torrenigma Escape Room in Torre del Mar--about 30 minutes away. There's much more to do: take in the local highlights with Jon Keo Walking Tours, explore the world behind art at Museo de Nerja, don't miss a visit to Balcony of Europe, and take in the dramatic natural features at Cliffs of Maro Cerro Gordo.

To see photos, ratings, more things to do, and other tourist information, you can read our Nerja road trip tool.

You can drive from Ronda to Nerja in 2.5 hours. Other options are to do a combination of train and bus; or take a bus. When traveling from Ronda in February, plan for little chillier days and about the same nights in Nerja: temperatures range from 13°C by day to 3°C at night. Finish up your sightseeing early on the 10th (Wed) so you can go by car to Granada.
more less

Start off your visit on the 11th (Thu): explore the historical opulence of Alhambra, then take in nature's colorful creations at Generalife, and then test your team's savvy at Luna Escape Room. Get ready for a full day of sightseeing on the 12th (Fri): get to know the fascinating history of Albayzin, appreciate the extensive heritage of Mirador de San Nicolas, then admire the striking features of Royal Chapel of Granada, and finally indulge in some personalized pampering at some of the best spas.

For ratings, more things to do, traveler tips, and tourist information, you can read our Granada trip planner.

Traveling by car from Nerja to Granada takes 1.5 hours. Alternatively, you can take a bus. In February, plan for daily highs up to 14°C, and evening lows to 3°C. Finish up your sightseeing early on the 12th (Fri) so you can go by car to Alicante.
more less

As Valencia’s second largest city and one of the most well-known along the Costa Blanca, Alicante has an enchanting atmosphere that blends rich history with animated beach life.

Before you visit Alicante, use our trip planner to discover what you can do and see there.

Traveling by car from Granada to Alicante takes 3.5 hours. Alternatively, you can fly; or take a bus. Expect somewhat warmer temperatures when traveling from Granada in February; daily highs in Alicante reach 20°C and lows reach 7°C. Wrap up your sightseeing on the 15th (Mon) to allow time to travel to Barcelona.
more less

Things to do in Alicante

Barcelona is known for parks, nightlife, and museums. Your plan includes some of its best attractions: admire the landmark architecture of Basilica of the Sagrada Familia, make a trip to Casa Mila - La Pedrera, walk around Parc Guell, and wander the streets of Las Ramblas.

To see other places to visit, where to stay, and tourist information, read our Barcelona day trip tool.

Getting from Alicante to Barcelona by flight takes about 3.5 hours. Other options: drive; or take a train. Expect little chillier weather when traveling from Alicante in February: highs in Barcelona hover around 17°C, while lows dip to 7°C. Finish your sightseeing early on the 18th (Thu) so you can travel to Leon.
more less 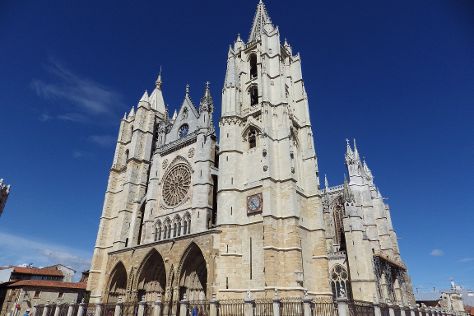 ©
León is the capital of the province of León, located in the northwest of Spain. Start off your visit on the 19th (Fri): contemplate in the serene atmosphere at Antiguo Convento de San Marcos, take in the spiritual surroundings of La Basilica De San Isidoro De Leon, visit Plaza San Martin, then make a trip to Historic Center of Leon, and finally pause for some serene contemplation at Santa Maria de Leon Cathedral. On the 20th (Sat), you'll have a packed day of sightseeing: take in the spiritual surroundings of Astorga Cathedral, step into the grandiose world of Palacio De Gaudi, then make a trip to Plaza Mayor de Astorga, then explore the historical opulence of Diputación Provincial De León, and finally explore the world behind art at Museo Casa Botines Gaudi.

Traveling by flight from Barcelona to Leon takes 3.5 hours. Alternatively, you can drive; or take a train. Expect slightly colder temperatures when traveling from Barcelona in February; daily highs in Leon reach 9°C and lows reach -1°C. Finish up your sightseeing early on the 20th (Sat) so you can go by car to Madrid.
more less

Astorga
Find places to stay Feb 18 — 20:
Hotels on TripAdvisor
Homes on Airbnb
Highlights from your plan

Madrid is known for museums, historic sites, and parks. Your plan includes some of its best attractions: admire the masterpieces at Prado National Museum, steep yourself in history at Royal Palace of Madrid, walk around Parque del Retiro, and don't miss a visit to Plaza Mayor.

To see where to stay, photos, and more tourist information, use the Madrid road trip tool.

Drive from Leon to Madrid in 3.5 hours. Alternatively, you can take a train; or take a bus. Prepare for somewhat warmer weather when traveling from Leon in February: high temperatures in Madrid hover around 13°C and lows are around 3°C. Wrap up your sightseeing on the 24th (Wed) early enough to travel back home.
more less