Start off your visit on the 28th (Sun): appreciate the extensive heritage of Sankeien Gardens, stroll around Yamashita Park, then wander the streets of Yokohama Chinatown, and finally stop by Gofuku Jushinten. Here are some ideas for day two: contemplate in the serene atmosphere at Kanteibyo (Kuan Ti Miao Temple), explore and take pictures at Yokohama Stadium, then take in the spiritual surroundings of Hongaku-ji Temple, and finally walk around Negishi Shinrin Park.

Dusseldorf, Germany to Tokyo is an approximately 15.5-hour flight. You can also do a combination of train and flight; or do a combination of flight and train. The time zone difference when traveling from Dusseldorf to Tokyo is 8 hours. Expect a bit warmer temperatures when traveling from Dusseldorf in July; daily highs in Tokyo reach 36°C and lows reach 27°C. Wrap up your sightseeing on the 30th (Tue) to allow time to travel to Fukuoka.
more less

Yokohama
Find places to stay Jul 28 — 30:
Hotels on TripAdvisor
Homes on Airbnb
Highlights from your plan

Kick off your visit on the 30th (Tue): see the interesting displays at Wonder Museum, walk around Nakanoahima Park, and then trek along Aburayama Shimin no Mori.

Traveling by flight from Tokyo to Fukuoka takes 3.5 hours. Alternatively, you can take a train; or drive. In July, daily temperatures in Fukuoka can reach 36°C, while at night they dip to 28°C. Wrap up your sightseeing on the 31st (Wed) to allow time to drive to Karatsu.
more less 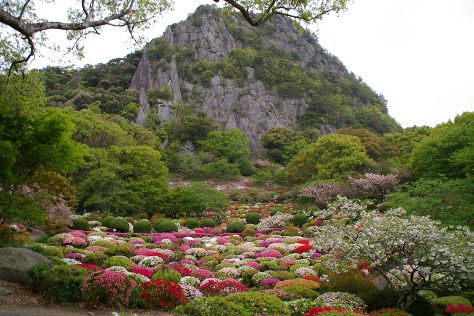 The coastal city of Karatsu has long held importance for trade with China and the Korean Peninsula.

Start off your visit on the 31st (Wed): take in the pleasant sights at Mifuneyama Rakuen, then browse the collection at Takeo City Library, then take in the dramatic scenery at Mikaerino-taki, and finally stop by Karatsu Umakamon Market. On the 1st (Thu), you'll have a packed day of sightseeing: take in panoramic vistas at Iroha Island Observation Deck, then don't miss a visit to Imari Okawachiyama, then make a trip to Takeo no Okusu, and finally soak in some Japanese tradition at some of the top local onsens.

To see maps, ratings, where to stay, and other tourist information, use the Karatsu trip planning website .

You can drive from Fukuoka to Karatsu in an hour. Other options are to take a train; or take a bus. In July, daily temperatures in Karatsu can reach 34°C, while at night they dip to 31°C. Wrap up your sightseeing on the 2nd (Fri) to allow time to travel to Osaka.
more less

Things to do in Karatsu

On the 2nd (Fri), look for gifts at Kanku Observation Hall Sky View, then get some fabulous bargains at Rinku Premium Outlets, and then admire the sheer force of Gyoja no Taki. On the 3rd (Sat), you'll have a packed day of sightseeing: walk around Rinku Park, contemplate in the serene atmosphere at Wakihama Ebisu Grand Shrine, then step into the grandiose world of Kishiwada Castle, then take your sightseeing to a higher altitude at Mt. Kongo, and finally take in the spiritual surroundings of Taimadera Temple.

To see maps, more things to do, other places to visit, and more tourist information, refer to the Osaka road trip app .

Do a combination of train and flight from Karatsu to Osaka in 5 hours. Alternatively, you can take a train; or drive. While traveling from Karatsu, expect a bit warmer days and about the same nights in Osaka, ranging from highs of 39°C to lows of 29°C. On the 4th (Sun), you'll travel to Koya-cho.
more less

©
Start off your visit on the 4th (Sun): explore the different monuments and memorials at Koyasan Okunoin, contemplate in the serene atmosphere at Koyasan Daishi Kyokai, and then contemplate the long history of Koyasan Danjo Garan.

To plan Koya-cho vacation without wasting time, ask Inspirock to design an itinerary.

Getting from Osaka to Koya-cho by train takes about 1.5 hours. Other options: drive. August in Koya-cho sees daily highs of 38°C and lows of 30°C at night. On the 5th (Mon), you're off toKyoto.
more less

Things to do in Koya-cho

Explore Kyoto's surroundings by going to Kofuku-ji Temple (in Nara), Suzuka Circuit (in Suzuka) and Suntory Yamazaki Distillery (in Shimamoto-cho). Next up on the itinerary: take in the spiritual surroundings of Byodoin, make a trip to Daigo-ji Temple, contemplate the long history of Teradaya, and admire the striking features of Daigo-ji Temple Goju Tower.

To find more things to do, reviews, other places to visit, and tourist information, go to the Kyoto trip itinerary planner.

You can drive from Koya-cho to Kyoto in 2.5 hours. Other options are to take a train; or do a combination of taxi and bus. In August, daytime highs in Kyoto are 39°C, while nighttime lows are 29°C. You will have some time to spend on the 9th (Fri) before leaving for Hakone-machi.
more less

Sitting at the foot of Mount Fuji, Hakone-machi has become a popular retreat from Tokyo for locals and tourists alike.

To see more things to do, where to stay, other places to visit, and tourist information, use the Hakone-machi road trip app .

Take a train from Kyoto to Hakone-machi in 4 hours. Alternatively, you can drive; or do a combination of train and flight. Traveling from Kyoto in August, expect nights in Hakone-machi to be about the same, around 26°C, while days are a bit cooler, around 29°C. On the 10th (Sat), you're off toNikko.
more less

Things to do in Hakone-machi 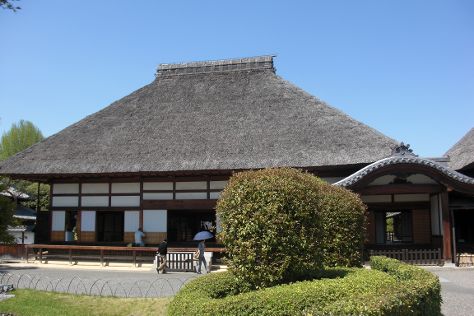 A gateway to a sprawling and diverse national park, a center of Shinto spiritualism and place of Buddhist worship, an emblem of the riches and dominance of the Tokugawa shogunate: Nikko means many things to many people.

Kick off your visit on the 10th (Sat): explore the activities along Izuruhara Benten Pond. On the next day, make a trip to Ashikaga Orihime Jinjya, then contemplate the long history of Banna-ji Temple, then steep yourself in history at Ruins of Ashikaga School, and finally buy something for everyone on your list at Sano Premium Outlet.

To see more things to do, maps, where to stay, and tourist information, use the Nikko trip planner.

Traveling by car from Hakone-machi to Nikko takes 3.5 hours. Alternatively, you can take a train; or take a train. In August, plan for daily highs up to 32°C, and evening lows to 29°C. Wrap up your sightseeing on the 13th (Tue) to allow time to take a train to Tokyo.
more less

Things to do in Nikko

To find other places to visit, reviews, photos, and other tourist information, use the Tokyo trip itinerary planning app .

Traveling by train from Nikko to Tokyo takes 2 hours. Alternatively, you can drive; or take a bus. While traveling from Nikko, expect a bit warmer days and about the same nights in Tokyo, ranging from highs of 36°C to lows of 28°C. On the 18th (Sun), you're off tohome.
more less