You'll find plenty of places to visit near Brisbane: Sea World Theme Park (in Main Beach), Pelican Feeding (in Labrador) and Infinity Attraction (in Surfers Paradise). There's much more to do: walk around South Bank Parklands, get your game on at SunJet Simulations, admire the natural beauty at Brisbane Botanic Gardens Mt. Coot-tha, and kick back and relax at Mooloolaba Beach.

Plan a trip to Brisbane easily and quickly by telling Inspirock to suggest an itinerary.

London, UK to Brisbane is an approximately 25-hour flight. The time zone changes from Greenwich Mean Time to Australian Eastern Standard Time, which is usually a 10 hour difference. In June, daytime highs in Brisbane are 24°C, while nighttime lows are 13°C. Cap off your sightseeing on the 22nd (Mon) early enough to travel to Sydney.
more less

Sydney is known for nightlife, beaches, and parks. Your plan includes some of its best attractions: make a trip to Sydney Opera House, admire the natural beauty at Royal Botanic Garden Sydney, stop by Darling Harbour, and take a stroll through The Rocks.

To see where to stay, ratings, photos, and tourist information, refer to the Sydney trip planner.

Traveling by flight from Brisbane to Sydney takes 4 hours. Alternatively, you can drive; or take a train. When traveling from Brisbane in June, plan for a bit cooler days and about the same nights in Sydney: temperatures range from 21°C by day to 11°C at night. Finish your sightseeing early on the 28th (Sun) to allow enough time to travel to Melbourne.
more less

Bondi to Coogee Walk
Find places to stay Jun 22 — 28:
Hotels on TripAdvisor
Homes on Airbnb
Highlights from your plan 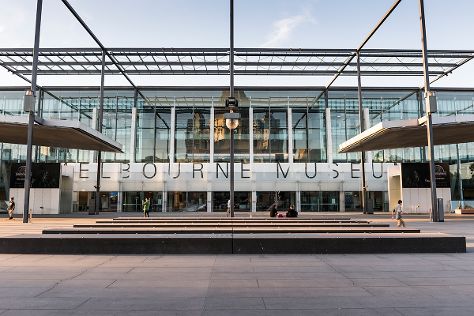 Melbourne is known for museums, shopping, and nightlife. Your plan includes some of its best attractions: take in nature's colorful creations at Royal Botanic Gardens, contemplate the long history of Old Melbourne Gaol, get the lay of the land with Walking tours, and appreciate the history behind Shrine of Remembrance.

Getting from Sydney to Melbourne by flight takes about 4 hours. Other options: drive; or take a train. Prepare for a bit cooler weather when traveling from Sydney in June: high temperatures in Melbourne hover around 16°C and lows are around 6°C. Finish your sightseeing early on the 5th (Sun) so you can travel back home.
more less