Start off your visit on the 20th (Mon): don't miss a visit to West Hotaka Station Exit, examine the collection at Mukashibanashi no Sato, then look for gifts at Harada Sake Brewery, then have fun and explore at Hida Takayama Retro Museum, and finally make a trip to Shokawa-Zakura. Get ready for a full day of sightseeing on the next day: explore the world behind art at Furui Machinami Museum Kiyoshi Yamashita Gengaten, examine the collection at Lion Dance Ceremony Exhibition Hall (Shishi-Kaikan), take in the spiritual surroundings of Soyuji Temple, then don't miss a visit to Shiroyama Park, then contemplate in the serene atmosphere at Hida Ichinomiya Mizunashi Shrine, and finally take in the pleasant sights at Norikura Summit Tatamidaira.

Plan a trip to Takayama easily and quickly by telling Inspirock to suggest an itinerary.

San Francisco, USA to Takayama is an approximately 17-hour combination of flight and train. You can also do a combination of train and flight; or do a combination of flight, bus, and train. The time zone changes from Pacific Standard Time (PST) to Japan Standard Time (JST), which is usually a 17 hour difference. In April, daily temperatures in Takayama can reach 63°F, while at night they dip to 47°F. On the 22nd (Wed), wrap the sightseeing up by early afternoon so you can drive to Kanazawa.
more less 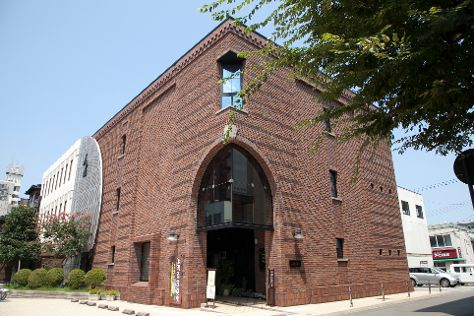 Step off the beaten path and head to Cosmo Isle Hakui and Motorcar Museum of Japan. Explore the numerous day-trip ideas around Kanazawa: Yatsuo no Machinami (in Toyama), Nanto (Inami Betsuin Zuizenji Temple & Ainokura Observatory) and Hakusan (Shirayama Hime Shrine & Mount Hakusan). There's lots more to do: examine the collection at Kanazawa Phonograph Museum, admire the masterpieces at Kanazawa Noh Museum, get lost in a book at Kanazawa Umimirai Library, and take in the views from Saigawa Bridge.

To find reviews, traveler tips, other places to visit, and tourist information, use the Kanazawa trip planner .

You can drive from Takayama to Kanazawa in 2 hours. Other options are to take a bus; or take a train. In April, daytime highs in Kanazawa are 63°F, while nighttime lows are 45°F. Finish your sightseeing early on the 25th (Sat) so you can take a train to Kyoto.
more less 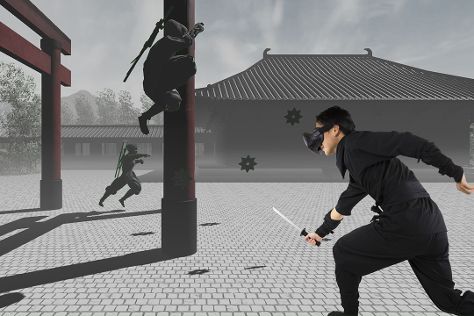 You'll explore the less-touristy side of things at Food Tours and Kyoto Gyoen National Garden. You'll find plenty of places to visit near Kyoto: Tsukiyominomiya (in Ise), Suzuka Circuit (in Suzuka) and Yamazaki River (in Nagoya). There's much more to do: take in the spiritual surroundings of Myoshinji Temple, examine the collection at Umekoji Steam Locomotive Museum, have some family-friendly fun at Maiko and Geisha Makeover Experience in Kyoto Gion Aya, and get in on the excitement at NINJA VR KYOTO.

For photos, maps, more things to do, and tourist information, refer to the Kyoto visit planner.

You can take a train from Kanazawa to Kyoto in 2.5 hours. Alternatively, you can drive; or take a bus. April in Kyoto sees daily highs of 67°F and lows of 50°F at night. Finish your sightseeing early on the 29th (Wed) so you can take a train to Osaka.
more less

Explore hidden gems such as Akashi Kaikyo National Government Park and Sunset Owl Cafe. Venture out of the city with trips to Mt Shosha hiking (in Himeji), Muroji Temple (in Uda) and Kinpusenji Temple (in Yoshino-cho). There's still lots to do: stroll around Kemasakuranomiya Park, don't miss a visit to The Symphony Hall, take in the spiritual surroundings of Omiwa Shrine, and indulge in some culinary diversions at a local gastronomic tour.

Osaka is very close to Kyoto. In April, daytime highs in Osaka are 68°F, while nighttime lows are 51°F. Finish up your sightseeing early on the 3rd (Sun) so you can travel to Hiroshima.
more less

Start off your visit on the 4th (Mon): contemplate the waterfront views at Motoyasu River, contemplate in the serene atmosphere at Mitaki Temple, appreciate the history behind Atomic Bomb Memorial Mound, appreciate the history behind Peace Flame, then pause for some photo ops at Memorial Tower to the Mobilized Students, and finally enjoy breathtaking views from Shishiiwa Tenbodai. Here are some ideas for day two: snap pictures at Aioi Bridge, see the interesting displays at Mazda Museum, get outside with Tobishima Kaido, then get outside with Mikasahama Beach, then get outside with Paddle Park, and finally see the interesting displays at Honkawa Peace Museum.

To find where to stay, more things to do, maps, and more tourist information, read our Hiroshima day trip planning tool .

Traveling by train from Osaka to Hiroshima takes 2 hours. Alternatively, you can drive; or do a combination of flight and train. May in Hiroshima sees daily highs of 75°F and lows of 60°F at night. Finish up your sightseeing early on the 5th (Tue) so you can catch the train to Fukuoka.
more less

Hatsukaichi, Mazda Museum, Tobishima Kaido
Find places to stay May 3 — 5:
Hotels on TripAdvisor
Homes on Airbnb
Highlights from your plan

You'll discover tucked-away gems like Fukuoka City Public Library and Hakoshima Residence. Get out of town with these interesting Fukuoka side-trips: Raizan Sennyoji Daihioin (in Itoshima) and Sarakurayama Cable Car Parking Lot (in Yahatahigashi). The adventure continues: get engrossed in the history at Seinan Gakuin University Museum, take in the spiritual surroundings of Kashii-gu, walk around Shofuen, and examine the collection at Fukuoka Citizen’s Disaster Prevention Center.

For where to stay, traveler tips, other places to visit, and more tourist information, you can read our Fukuoka journey maker site .

Getting from Hiroshima to Fukuoka by train takes about 1.5 hours. Other options: drive; or take a bus. In May, daily temperatures in Fukuoka can reach 76°F, while at night they dip to 60°F. Finish your sightseeing early on the 8th (Fri) so you can travel back home.
more less