©
Fátima is a civil parish in the municipality of Ourém, in the Portuguese Santarém District. Discover out-of-the-way places like Castelo de Tomar and Mercado de Sant'Ana. Your cultural itinerary includes sights like Castle of Alcobaca and Capela de Sao Gregorio. Explore Fatima's surroundings by going to Praia da Nazare (in Nazare) and Monastery of Alcobaca (in Alcobaca). Next up on the itinerary: make a trip to Basilica de Nossa Senhora do Rosario de Fatima and take in the spiritual surroundings of Batalha Monastery.

Ask Inspirock to suggest an itinerary and make planning a trip to Fatima fast, fun, and easy.

Porto Alegre, Brazil to Fatima is an approximately 15.5-hour combination of flight and car. The time zone difference when traveling from Porto Alegre to Fatima is 3 hours. In April, Fatima is slightly colder than Porto Alegre - with highs of °C and lows of °C. Wrap up your sightseeing on the 13th (Mon) early enough to drive to Salamanca.
more less

Things to do in Fatima 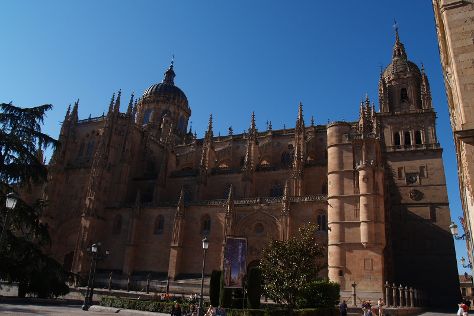 Get some cultural insight at Cathedral of Avila and Museo Nacional de Escultura. Popular historic sites such as New Cathedral (Catedral Nueva) and Old Cathedral (Catedral Vieja) are in your itinerary. Venture out of the city with trips to Avila (Ermita de Santa Maria de la Cabeza, The Four Posts, &more). And it doesn't end there: contemplate the long history of Ciudad Vieja de Salamanca, make a trip to Plaza Mayor, and pause for some serene contemplation at Basilica de Santa Teresa.

To see more things to do, maps, where to stay, and more tourist information, read our Salamanca tour itinerary builder tool.

©
León is the capital of the province of León, located in the northwest of Spain. Kick off your visit on the 17th (Fri): take in the architecture and atmosphere at Santa Maria de Leon Cathedral, steep yourself in history at La Basilica De San Isidoro De Leon, thenadmire the landmark architecture of Palacio De Gaudi, and finally take in the spiritual surroundings of Astorga Cathedral. Here are some ideas for day two: Head underground at Cuevas de Valporquero, contemplate in the serene atmosphere at Antiguo Convento de San Marcos, and then admire the masterpieces at Museo Gaudi Casa Botines.

To find ratings, maps, reviews, and other tourist information, go to the Leon tour itinerary planner.

Drive from Salamanca to Leon in 2 hours. Alternatively, you can take a train; or take a bus. When traveling from Salamanca in April, plan for a bit cooler days in Leon, with highs around °C, while nights are about the same with lows around °C. Wrap up your sightseeing on the 18th (Sat) early enough to drive to Zaragoza.
more less

Kick off your visit on the 19th (Sun): appreciate the history behind Palacio de la Aljaferia, contemplate in the serene atmosphere at Basilica de Nuestra Senora del Pilar, and then contemplate the long history of Catedral del Salvador de Zaragoza. Here are some ideas for day two: pause for some serene contemplation at Iglesia de Nuestra Senora de la Asuncion and then pause for some serene contemplation at Monasterio de Piedra.

To find more things to do, photos, other places to visit, and more tourist information, use the Zaragoza travel route planner.

Traveling by car from Leon to Zaragoza takes 5 hours. Alternatively, you can do a combination of flight and train; or take a train. Expect somewhat warmer temperatures when traveling from Leon in April; daily highs in Zaragoza reach °C and lows reach °C. Cap off your sightseeing on the 20th (Mon) early enough to catch the train to Cordoba.
more less

You can take a train from Zaragoza to Cordoba in 3.5 hours. Alternatively, you can do a combination of train and flight; or drive. Expect a bit warmer weather when traveling from Zaragoza in April: highs in Cordoba hover around °C, while lows dip to °C. Finish your sightseeing early on the 22nd (Wed) to allow enough time to take a train to Malaga.
more less 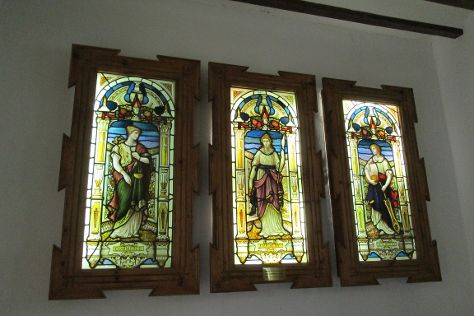 Your cultural itinerary includes sights like Museo del Vidrio y Cristal de Malaga and Royal Chapel of Granada. Discover out-of-the-way places like Teatro Romano and Castillo de Alora. Explore Malaga's surroundings by going to Fundación Cueva de Nerja (in Nerja), El Caminito Del Rey, El Chorro (in El Chorro) and Marbella Old Town (in Marbella). Next up on the itinerary: admire the landmark architecture of Malaga Cathedral, look for all kinds of wild species at El Torcal de Antequera, examine the collection at Automobile and Fashion Museum, and take in the views from Puente Nuevo.

For reviews, more things to do, other places to visit, and tourist information, go to the Malaga visit website.

Take a train from Cordoba to Malaga in 2 hours. Alternatively, you can drive; or take a bus. In April in Malaga, expect temperatures between °C during the day and °C at night. Finish up your sightseeing early on the 28th (Tue) so you can travel back home.
more less