Geneva brings the world to one small city with a huge expat population and the highest number of international organizations in any one city.

Collection de l'Art Brut and Eglise Russe are good opportunities to explore the local culture. Get in touch with nature at Mont Saleve and Lake Geneva. Step out of Geneva to go to Corsier-sur-Vevey and see Chaplin's World, which is approximately 1h 10 min away. The adventure continues: get great views at Cathedrale de St-Pierre and admire the local landmark of The Geneva Water Fountain.

To see reviews, more things to do, and other tourist information, read Geneva trip planner.

Cincinnati, USA to Geneva is an approximately 16.5-hour flight. You'll lose 6 hours traveling from Cincinnati to Geneva due to the time zone difference. In December, daily temperatures in Geneva can reach 42°F, while at night they dip to 31°F. Finish your sightseeing early on the 31st (Mon) to allow enough time to drive to Zermatt.
more less

Things to do in Geneva

Do some cultural sightseeing at Mountaineers' Cemetery and Matterhorn Museum - Zermatlantis. You'll explore the less-touristy side of things at Zermatt-Matterhorn Ski Paradise and Sunnegga. Take a break from Zermatt with a short trip to Saas Fee Ski Resort in Saas-Fee, about 50 minutes away. And it doesn't end there: take your sightseeing to a higher altitude at The Matterhorn, have fun at Clay Shoot Zermatt, and pause for some serene contemplation at Parish Church of St. Mauritius.

You can drive from Geneva to Zermatt in 3.5 hours. Alternatively, you can take a train. Wrap up your sightseeing on the 3rd (Thu) to allow time to travel to Kerzers.
more less 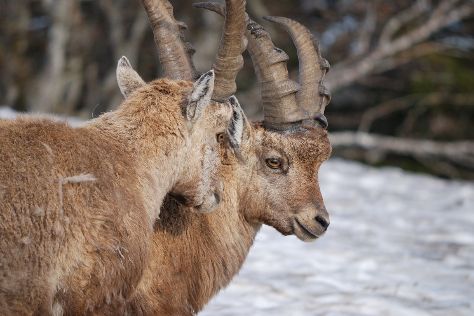 ©
Kerzers is a municipality in the district of See in the canton of Fribourg in Switzerland. On the 4th (Fri), delve into the lush surroundings at Creux du Van and then take a stroll through UNESCO-Altstadt von Bern. On the 5th (Sat), you'll have a packed day of sightseeing: kick back and relax at Jeunes Rives and then learn about wildlife with up-close encounters at Papiliorama.

For other places to visit, where to stay, and more tourist information, read Kerzers trip planner.

Explore your travel options from Zermatt to Kerzers with the Route module. In January, daily temperatures in Kerzers can reach 40°F, while at night they dip to 26°F. Finish your sightseeing early on the 5th (Sat) to allow enough time to drive to Lauterbrunnen.
more less

Things to do in Kerzers

A small village in a valley, Lauterbrunnen showcases an abundance of awe-inspiring waterfalls.

On the 6th (Sun), appreciate the views at Lauterbrunnen Valley Waterfalls and then wander the streets of Alpiglen. Get ready for a full day of sightseeing on the next day: admire the sheer force of Staubbach Waterfall and then glide through the air with a parasailing or paragliding tour.

To see photos, reviews, other places to visit, and tourist information, go to the Lauterbrunnen day trip planner.

Getting from Kerzers to Lauterbrunnen by car takes about 1.5 hours. Wrap up your sightseeing on the 7th (Mon) early enough to travel to Sedrun.
more less

Things to do in Lauterbrunnen

©
Tujetsch is a municipality in the Surselva Region in the canton of Graubünden in Switzerland.HistoryTujetsch is first mentioned in 1237 as Thiuesch.GeographyTujetsch has an area, of 133.9km2. On the 8th (Tue), contemplate the waterfront views at Lac de Claus.

Drive from Lauterbrunnen to Sedrun in 3.5 hours. Finish up your sightseeing early on the 8th (Tue) so you can go by car to Zurich.
more less

Things to do in Sedrun

Old Town and Uhrenmuseum Beyer Zürich are good opportunities to explore the local culture. Take a break from the city and head to Lake Zurich and Lake Lucerne. You'll find plenty of places to visit near Zurich: Lucerne (The Nine Towers & Chapel Bridge). Next up on the itinerary: wander the streets of Niederdorf, admire the masterpieces at Museum of Art (Kunsthaus Zurich), get a taste of the local shopping with Bahnhofstrasse, and admire the striking features of Fraumünster Church.

To find maps, traveler tips, more things to do, and other tourist information, refer to the Zurich vacation planner.

You can drive from Sedrun to Zurich in 2.5 hours. Other options are to take a train; or do a combination of train and bus. In January in Zurich, expect temperatures between 40°F during the day and 30°F at night. On the 13th (Sun), wrap the sightseeing up by early afternoon so you can travel back home.
more less

Lucerne
Find places to stay Jan 8 — 13:
Hotels on TripAdvisor
Homes on Airbnb
Highlights from your plan