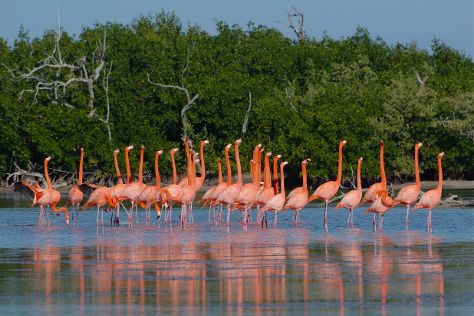 ©
Kick off your visit on the 4th (Fri): stroll through Parque Natural Ria Lagartos. Here are some ideas for day two: tour the pleasant surroundings at Granja de Cocodrilos Itzamkanac and then capture your vacation like a pro with an inspiring photography tour.

To find reviews, where to stay, ratings, and tourist information, read our Rio Lagartos trip planner.

Quebec City, Canada to Rio Lagartos is an approximately 11-hour combination of flight and car. Cap off your sightseeing on the 5th (Sat) early enough to go by car to Valladolid.
more less

Things to do in Rio Lagartos

Sultana of the East

One of the gateways to the ruins of Chichen Itza, Valladolid boasts plenty of historic charm and offers a range of tourist-oriented services that ensure pleasant holidays in this area.

Get in touch with nature at Cenote Samula and Xkopek Parque Apicola. You'll explore the less-touristy side of things at Hacienda San Lorenzo Oxman and Plaza e Parque Francisco Canton. When in Valladolid, make a side trip to see X'Canche Cenote in Ek Balam Village, approximately Ek Balam Village away. There's much more to do: contemplate the waterfront views at Cenote Maya Park, explore the fascinating underground world of Cenote Xux Ha, take in the architecture and atmosphere at Catedral de San Servasio, and don't miss a visit to Palacio Municipal.

Drive from Rio Lagartos to Valladolid in 1.5 hours. In January, daily temperatures in Valladolid can reach 33°C, while at night they dip to 26°C. Finish your sightseeing early on the 8th (Tue) so you can drive to Yokdzonot.
more less

Things to do in Valladolid 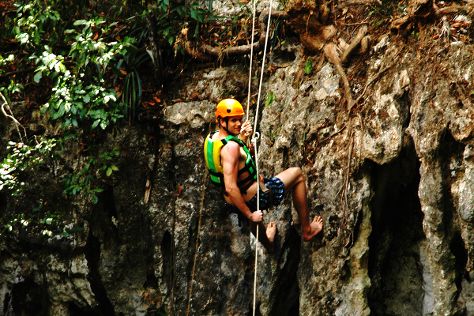 Traveling by car from Valladolid to Yokdzonot takes an hour. In January, daily temperatures in Yokdzonot can reach 33°C, while at night they dip to 26°C. Cap off your sightseeing on the 10th (Thu) early enough to travel to San Crisanto.
more less

Things to do in Yokdzonot

©
Start off your visit on the 11th (Fri): examine the collection at Museo Del Mar Mexico and then tour the pleasant surroundings at Manglares de San Crisanto.

For where to stay, maps, more things to do, and more tourist information, read San Crisanto trip planner.

You can drive from Yokdzonot to San Crisanto in 2.5 hours. Expect slightly colder evenings in San Crisanto when traveling from Yokdzonot in January, with lows around 22°C. Finish your sightseeing early on the 11th (Fri) to allow enough time to travel to Merida.
more less

Things to do in San Crisanto 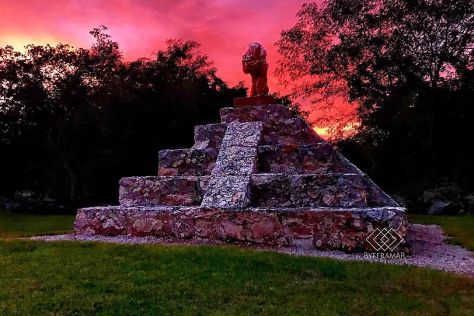 Visiting Cenotes Cuzama and Homun Cenotes will get you outdoors. Eschew the tourist crowds and head to Celestun and Iglesia Ermita de Santa Isabel. Step out of Merida to go to Yaxcopoil and see Hacienda Yaxcopoil, which is approximately 40 minutes away. Next up on the itinerary: don't miss a visit to Ruta Puuc, delve into the distant past at Mayapan Archaeological Zone, and pause for some serene contemplation at Iglesia El Jesus,Tercera Orden.

Plan a trip to Merida easily and quickly by telling Inspirock to suggest an itinerary.

Traveling by car from San Crisanto to Merida takes 1.5 hours. In January, plan for daily highs up to 34°C, and evening lows to 21°C. Wrap up your sightseeing on the 14th (Mon) early enough to drive to Calcehtok.
more less

Things to do in Merida

©
On the 15th (Tue), explore the fascinating underground world of Grutas de Calcehtok.

To find other places to visit, where to stay, photos, and more tourist information, go to the Calcehtok holiday planner.

Getting from Merida to Calcehtok by car takes about an hour. In January, daily temperatures in Calcehtok can reach 34°C, while at night they dip to 21°C. On the 15th (Tue), wrap the sightseeing up by early afternoon so you can drive to Celestun.
more less

Things to do in Calcehtok 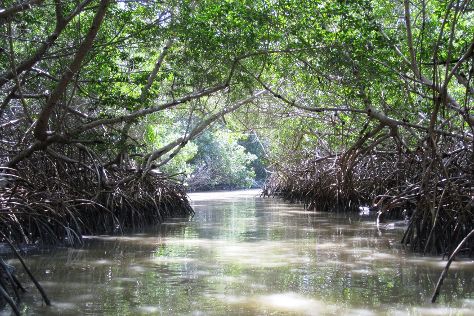 Traveling by car from Calcehtok to Celestun takes 1.5 hours. In January, daytime highs in Celestun are 34°C, while nighttime lows are 21°C. On the 17th (Thu), you're off to home.
more less

Things to do in Celestun