Give yourself a bit of retail therapy at Dotombori District and Minami (Namba). You'll explore the less-touristy side of things at Otsuka Museum of Art and Nigatsu-do Temple. Explore Osaka's surroundings by going to Koya-cho (Koyasan Danjo Garan, Kongobu-ji Temple, &more), Naruto (Okazaki Beach & Onaruto Bridge) and Cup Noodle Museum Osaka Ikeda (in Ikeda). Next up on the itinerary: contemplate in the serene atmosphere at Toshodai-ji Temple, soak in some Japanese tradition at Arima Onsen, examine the collection at Kawasaki Good Times World, and admire the landmark architecture of Nara National Museum.

For more things to do, other places to visit, and more tourist information, refer to the Osaka trip planner.

New York City, USA to Osaka is an approximately 19-hour flight. The time zone changes from Eastern Standard Time (EST) to Japan Standard Time (JST), which is usually a 14 hour difference. September in Osaka sees daily highs of 82°F and lows of 69°F at night. Finish up your sightseeing early on the 13th (Sun) so you can catch the train to Kyoto.
more less 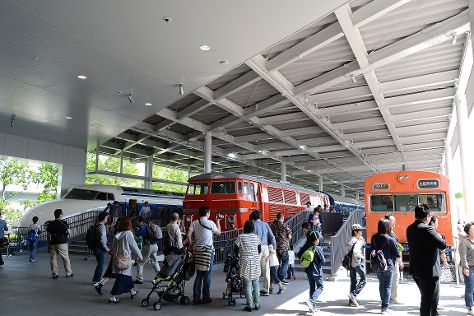 Discover out-of-the-way places like Kyoto Railway Museum and Eikando Zenrinji Temple. Appreciate the collections at Nagoya City Science Museum and SCMAGLEV and Railway Park. Explore the numerous day-trip ideas around Kyoto: Atsuta Jingu Shrine (in Nagoya) and Nagashima Spa Land (in Kuwana). There's much more to do: contemplate the long history of Kiyomizu-dera Temple, contemplate in the serene atmosphere at Kinkaku-ji, wander the streets of Gion, and visit Pontocho District.

To find more things to do, other places to visit, and tourist information, you can read our Kyoto trip planner.

You can take a train from Osaka to Kyoto in 1.5 hours. Alternatively, you can drive; or take a bus. In September in Kyoto, expect temperatures between 83°F during the day and 68°F at night. Finish your sightseeing early on the 17th (Thu) so you can travel to Tokyo.
more less

To see maps, reviews, more things to do, and more tourist information, refer to the Tokyo online driving holiday planner.

Getting from Kyoto to Tokyo by train takes about 3.5 hours. Other options: fly; or drive. In September, plan for daily highs up to 81°F, and evening lows to 69°F. Finish up your sightseeing early on the 22nd (Tue) so you can travel back home.
more less