Your list of things to see and do now includes Universal Studios Japan, Osaka Aquarium Kaiyukan, Cup Noodle Museum Osaka Ikeda, and other attractions. Do some cultural sightseeing at Dotombori and Osaka Museum of Housing and Living.

To see reviews, maps, and other tourist information, refer to the Osaka attractions planning website.

Boston, USA to Osaka is an approximately 20.5- hour flight. You can also do a combination of flight and train; or do a combination of flight, bus, and train. Traveling from Boston to Osaka, you'll lose 14 hours due to the time zone difference. Expect somewhat warmer temperatures when traveling from Boston in May; daily highs in Osaka reach 77°F and lows reach 60°F. Wrap up your sightseeing by early afternoon on the 29th (Wed) to allow enough time to take a train to Kyoto.
more less

Cup Noodle Museum Osaka Ikeda
Find places to stay May 24 — 29:
Hotels on TripAdvisor
Homes on Airbnb
Highlights from your plan

Your day-by-day itinerary now includes Bamboo Forest Street, Fushimi Inari-taisha Shrine, Okochi Sanso Garden, and other attractions you added. Kick off your visit on the 29th (Wed): take in the pleasant sights at Arashiyama Kimono Forest. Get ready for a full day of sightseeing on the 30th (Thu): steep yourself in history at Fushimi Inari-taisha Shrine, contemplate in the serene atmosphere at Kiyomizu-dera Temple, learn something new at Camellia Tea Ceremony FLOWER, make a trip to Sannenzaka Ninenzaka, then make a trip to Hanamikoji Street, and finally wander the streets of Gion.

For more things to do, reviews, other places to visit, and more tourist information, go to the Kyoto travel planner.

Kyoto is just a stone's throw from Osaka. In May in Kyoto, expect temperatures between 77°F during the day and 59°F at night. On the 1st (Sat), you'll have the morning to explore before heading off to Tokyo.
more less

Historic Sites Neighborhoods Classes
Find places to stay May 29 — Jun 1:
Hotels on TripAdvisor
Homes on Airbnb
Highlights from your plan 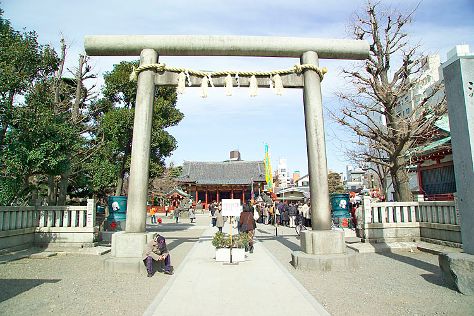 Your list of things to see and do now includes Asakusa Kimono Rental Yae, Asakusa Shrine, Nakamise Shopping Street (Kaminarimon), and other attractions. Get a sense of the local culture at The East Gardens of the Imperial Palace (Edo Castle Ruin) and Akihabara. It doesn't end there: wander the streets of Ueno.

To find more things to do, ratings, photos, and other tourist information, use the Tokyo trip app.

Traveling by train from Kyoto to Tokyo takes 2.5 hours. Alternatively, you can do a combination of bus and flight; or drive. In June in Tokyo, expect temperatures between 79°F during the day and 67°F at night. You will have some time to spend on the 6th (Thu) before leaving for home.
more less

Urayasu
Find places to stay Jun 1 — 6:
Hotels on TripAdvisor
Homes on Airbnb
Highlights from your plan

©
The East Gardens of the Imperial Palace (Edo Castle Ruin)