©
Eastern Province is the largest, the most populous and the least densely populated of Rwanda's five provinces. On the 5th (Mon), explore the wealth of natural beauty at Akagera National Park.

To see traveler tips, more things to do, maps, and other tourist information, use the Eastern Province holiday planner.

Things to do in Eastern Province 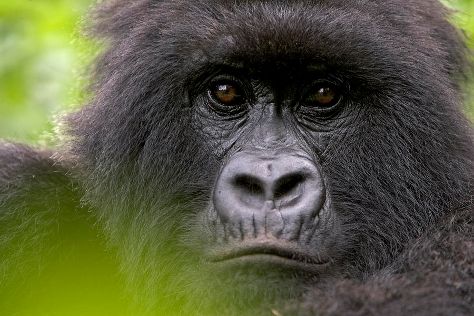 Most tourism in Ruhengeri revolves around the famous national park, which shelters mountain gorillas of the volcanic Virunga range.

Ruhengeri is known for nature, adventure, shopping, classes, and wildlife. Your plan includes some of its best attractions: explore the striking landscape of Volcanoes National Park, add some adventure to your tour with a kayaking and canoeing tour, steep yourself in history at Iby'iwacu Cultural Village, and look for gifts at Umuzabibu Mwiza - Home to Handspun Hope.

To find ratings and more tourist information, you can read our Ruhengeri trip itinerary builder app .

Traveling by car from Eastern Province to Ruhengeri takes 3.5 hours. Alternatively, you can do a combination of car and bus. Expect little chillier temperatures when traveling from Eastern Province in August; daily highs in Ruhengeri reach 26°C and lows reach 17°C. Finish up your sightseeing early on the 8th (Thu) so you can go by car to Butare.
more less

Things to do in Ruhengeri

©
Butare is a city in the Southern Province of Rwanda and capital of Huye district. You'll find plenty of places to visit near Butare: Our Lady of Kibeho Shrine (in Kibeho) and Nyanza (The Palace of King Mutara III Rudahigwa & The Royal Palace). Spend the 9th (Fri) exploring nature at Nyungwe National Park. Next up on the itinerary: take an in-depth tour of King's Palace Museum and examine the collection at Ethnographic Museum of Rwanda.

For maps, more things to do, where to stay, and tourist information, use the Butare tour itinerary planner.

Traveling by car from Ruhengeri to Butare takes 3.5 hours. Alternatively, you can do a combination of car and bus. When traveling from Ruhengeri in August, plan for a bit warmer days in Butare, with highs around 32°C, while nights are about the same with lows around 20°C. Cap off your sightseeing on the 11th (Sun) early enough to travel to Kigali.
more less

Things to do in Butare

Nyanza, Our Lady of Kibeho Shrine, Ethnographic Museum of Rwanda
Find places to stay Aug 8 — 11:
Hotels on TripAdvisor
Homes on Airbnb
Highlights from your plan

A vacation in Kigali, Rwanda's capital city and economic hub, lets you experience the very heart of a landlocked country from a pleasant, safe, and organized base point.

Spend the 14th (Wed) spotting exotic species with a safari tour. Next up on the itinerary: see the interesting displays at Kigali Genocide Memorial, relax and rejuvenate at some of the best spas, get a dose of the wild on a nature and wildlife tour, and steep yourself in history at Ntarama Church.

Take a bus from Butare to Kigali in 3 hours. Alternatively, you can drive. In August, daily temperatures in Kigali can reach 32°C, while at night they dip to 20°C. Cap off your sightseeing on the 17th (Sat) early enough to travel back home.
more less

Things to do in Kigali

The National Art Gallery
Find places to stay Aug 11 — 17:
Hotels on TripAdvisor
Homes on Airbnb
Highlights from your plan