Vienna is known for historic sites, museums, nightlife, parks, and zoos & aquariums. Your plan includes some of its best attractions: step into the grandiose world of Schonbrunn Palace, examine the collection at Imperial Palace (Hofburg), get to know the resident critters at Schönbrunn Zoo, and browse the eclectic array of goods at Vienna Naschmarkt.

Tel Aviv, Israel to Vienna is an approximately 7-hour flight. You can also do a combination of flight and bus. The time zone changes from Israel Standard Time (IST) to Central European Time (CET), which is usually a -1 hour difference. In June, Vienna is little chillier than Tel Aviv - with highs of 29°C and lows of 15°C. Wrap up your sightseeing on the 5th (Fri) to allow time to travel to Neustift im Stubaital.
more less 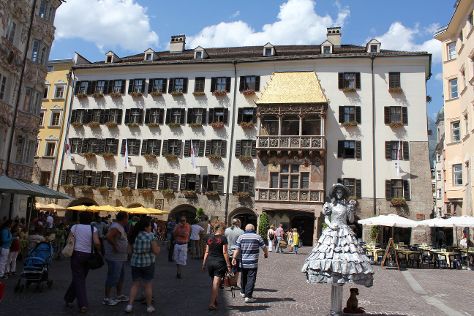 ©
Kick off your visit on the 6th (Sat): get outside with Bergisel Ski Jump, then stroll through Swarovski Crystal Worlds, then take in the spiritual surroundings of Dom zu St. Jakob, and finally enjoy breathtaking views from Town Tower (Stadtturm). On the next day, explore the world behind art at Schloss Ambras Innsbruck (Ambras Castle), learn about wildlife with up-close encounters at Alpenzoo, then get engrossed in the history at The Golden Roof (Goldenes Dachl), and finally contemplate the long history of Altstadt von Innsbruck.

Things to do in Neustift im Stubaital 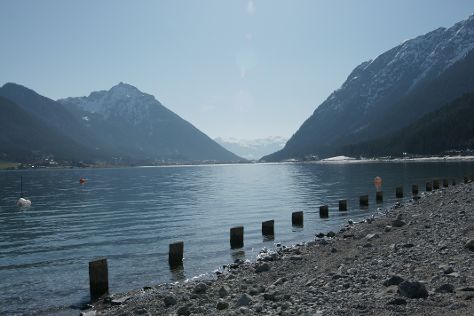 ©
Mayrhofen is a town in the Zillertal (Ziller river valley) in the Austrian state of Tyrol. On the 8th (Mon), stroll around Spruce Tree Castle, don't miss a visit to St. Sixtus and Oswald Church, and then hike along Tiefenbachklamm. On the 9th (Tue), you'll have a packed day of sightseeing: see the interesting displays at Das Alte Haus, contemplate in the serene atmosphere at Stadtpfarrkirche, then explore the activities along Achensee, and finally take a tour by water with Boat Tours & Water Sports.

Things to do in Mayrhofen

Salzburg is known for historic sites, museums, parks, nightlife, and nature. Your plan includes some of its best attractions: get great views at Fortress Hohensalzburg, explore the historical opulence of Schloss Hellbrunn, take in nature's colorful creations at Mirabell Palace, and make a trip to Salzburger Altstadt.

For more things to do, maps, where to stay, and tourist information, you can read our Salzburg day trip website .

Traveling by car from Mayrhofen to Salzburg takes 2 hours. Alternatively, you can take a train. June in Salzburg sees daily highs of 26°C and lows of 15°C at night. Finish your sightseeing early on the 12th (Fri) to allow enough time to travel back home.
more less