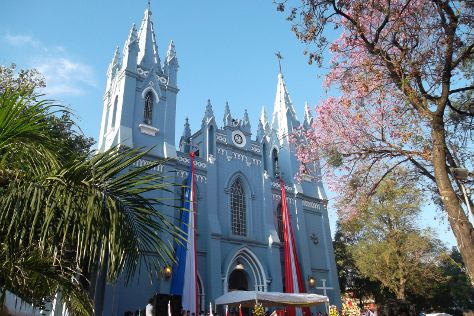 On the 3rd (Sat), admire the masterpieces at Museum of Sacred Art, contemplate the long history of Casa de la Independencia, pause for some serene contemplation at Catedral de San Lorenzo, thensee the sky in a new way at Planetario Buenaventura Suarez, and finally contemplate in the serene atmosphere at Iglesia Virgen de la Candelaria. Get ready for a full day of sightseeing on the next day: stop by Feria Asuncion, thenpause for some serene contemplation at Iglesia de la Recoleta, thensee where the action happens at Estadio Manuel Ferreira, and finally don't miss a visit to Cerro Lambare. 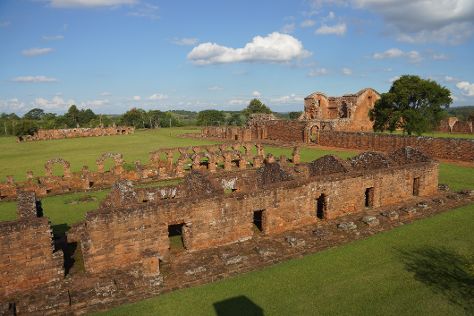 On the 5th (Mon), explore the ancient world of Ruinas de Jesús, thencontemplate the long history of La Santisima Trinidad De Parana, thendon't miss a visit to Plaza de Armas, and finally pause for some serene contemplation at Parroquia Catedral Nuestra Senora. Get ready for a full day of sightseeing on the 6th (Tue): kick back and relax at San Jose Beach and then appreciate the extensive heritage of Costanera de la Ciudad de Encarnacion Paraguay.

To find photos, where to stay, traveler tips, and other tourist information, use the Encarnacion online tour itinerary planner.

Traveling by car from Asuncion to Encarnacion takes 6 hours. Alternatively, you can take a bus. In March, plan for daily highs up to 34°C, and evening lows to 22°C. Finish your sightseeing early on the 6th (Tue) to allow enough time to drive to San Cosme y Damian.
more less 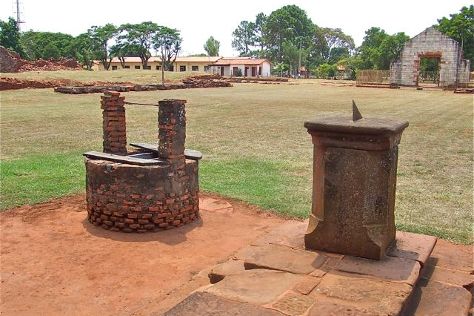 ©
Kick off your visit on the 7th (Wed): make a trip to Mision Jesuita de San Cosme y San Damian.

To see where to stay, reviews, traveler tips, and tourist information, you can read our San Cosme y Damian day trip site.

Yaguaron traces its foundation back to the 16th century, when it became a Franciscan reservation for Guarani Indians.

Start off your visit on the 8th (Thu): pause for some serene contemplation at Iglesia San Buenaventura de Yaguaron.

To find ratings, traveler tips, other places to visit, and more tourist information, refer to the Yaguaron online journey planner.

Traveling by car from San Cosme y Damian to Yaguaron takes 5 hours. Alternatively, you can do a combination of taxi and bus; or do a combination of bus and taxi. The time zone difference when traveling from San Cosme y Damian to Yaguaron is minus 1 hour. In March in Yaguaron, expect temperatures between 36°C during the day and 24°C at night. You will have some time to spend on the 8th (Thu) before leaving for Caacupe.
more less

Things to do in Yaguaron 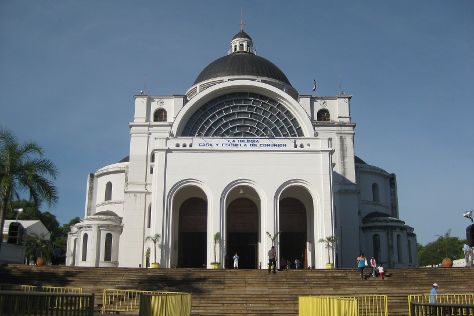 Founded by grenadier Carlos Murphy in 1770, the city of Caacupe serves as the capital of the Cordillera department.

Kick off your visit on the 8th (Thu): pause for some serene contemplation at Catedral Virgen de Caacupe.

To find more things to do, reviews, traveler tips, and tourist information, refer to the Caacupe trip itinerary builder.

Traveling by car from Yaguaron to Caacupe takes an hour. In March, daytime highs in Caacupe are 36°C, while nighttime lows are 24°C. Wrap up your sightseeing by early afternoon on the 8th (Thu) to allow time for the car ride to Asuncion.
more less

Things to do in Caacupe 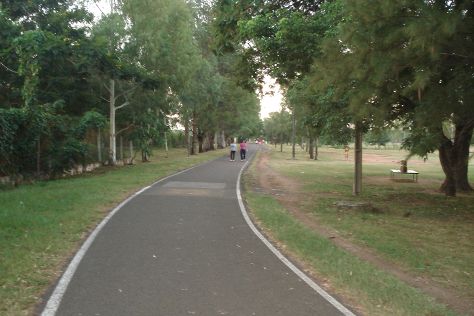 You'll explore the less-touristy side of things at Gran Hotel del Paraguay and Iglesia de la Santisima Trinidad. Explore Asuncion further: get outside with Parque de la Salud, admire the masterpieces at Museum of Fine Arts (Museo de Bellas Artes), don't miss a visit to Plaza de las Americas, and get a taste of the local shopping with Mariscal Lopez Shopping.

To find where to stay, traveler tips, ratings, and other tourist information, read our Asuncion driving holiday planning site.

You can drive from Caacupe to Asuncion in 1.5 hours. Alternatively, you can take a bus. Cap off your sightseeing on the 12th (Mon) early enough to travel back home.
more less