A big city with a small-town feel, Portland is home to the country's biggest rose test garden, perched on a hill overlooking downtown.

Your day-by-day itinerary now includes Forest Park, Portland Japanese Garden and Portland Saturday Market. You'll explore the less-touristy side of things at Multnomah Falls and Lan Su Chinese Garden. The Grotto - National Sanctuary of Our Sorrowful Mother and Oregon City Arch Bridge are good opportunities to explore the local culture. Venture out of the city with trips to Horsetail Falls- Columbia River Gorge (in Hood River) and Oneonta Gorge (in Cascade Locks).

Boston to Portland is an approximately 8.5-hour flight. You can also drive; or take a train. The time zone difference moving from Eastern Standard Time (EST) to Pacific Standard Time (PST) is minus 3 hours. Expect a daytime high around °F in June, and nighttime lows around °F. Finish your sightseeing early on the 15th (Mon) to allow enough time to travel to Saint Helens.
more less

Things to do in Portland

Getting from Portland to Saint Helens by car takes about an hour. June in Saint Helens sees daily highs of °F and lows of °F at night. Wrap up your sightseeing by early afternoon on the 15th (Mon) to allow enough time to travel to Seattle.
more less
Find places to stay Jun 15 — 16:
Hotels on TripAdvisor
Homes on Airbnb

Nicknamed the "Emerald City" because of its abundant evergreen trees, Seattle is the cultural and business center of the Pacific Northwest, as well as a popular holiday destination.

Your day-by-day itinerary now includes Seattle Free Walking Tours as well as Alki Beach. On the next day, stroll the grounds of Bruce Lee Grave Site, thendon't miss a visit to Space Needle, thentake in the exciting artwork at Chihuly Garden and Glass, and finally take a stroll through Pike Place Market.

For reviews, photos, other places to visit, and tourist information, refer to the Seattle online visit planner.

Traveling by car from Saint Helens to Seattle takes 3 hours. In June in Seattle, expect temperatures between °F during the day and °F at night. Finish your sightseeing early on the 17th (Wed) to allow enough time to drive to Vancouver.
more less

Things to do in Seattle 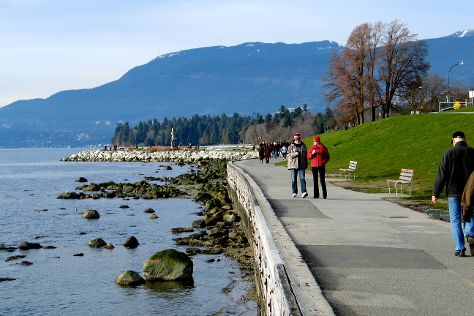 Start off your visit on the 18th (Thu): take in the dramatic natural features at Vancouver Seawall, thenwander the streets of Vancouver Downtown, thenwander the streets of Gastown, and finally explore the activities along False Creek. Get ready for a full day of sightseeing on the 19th (Fri): make a trip to International Buddhist Society (Buddhist Temple), contemplate the long history of Gulf of Georgia Cannery National Historic Site, thencontemplate the long history of Britannia Shipyards National Historic Site, and finally kick back and relax at Centennial Beach.

You can drive from Seattle to Vancouver in 3 hours. Other options are to fly; or take a shuttle. While traveling from Seattle, expect little chillier days and about the same nights in Vancouver, ranging from highs of °F to lows of °F. Finish up your sightseeing early on the 20th (Sat) so you can travel back home.
more less