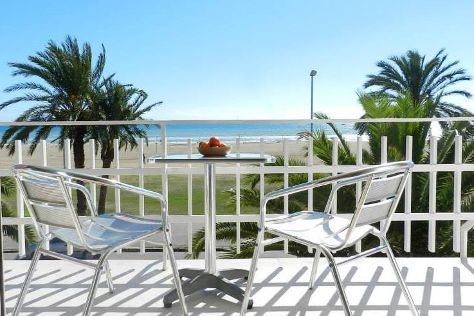 Visiting Fenals Beach and Beach Castelldelfels Barcelona will get you outdoors. Basilica of the Sagrada Familia and El Barri Gòtic will appeal to history buffs. Explore Barcelona's surroundings by going to Cementiri de Tarragona (in Tarragona), Playa de la Pineda (in La Pineda) and Salou (Capellans Beach & Illuminated Fountain). And it doesn't end there: browse the exhibits of Casa Vicens, stroll around Parc Guell, pause for some serene contemplation at Templo del Sagrado Corazon de Jesus, and admire the landmark architecture of Casa Batllo.

To find reviews, ratings, and other tourist information, use the Barcelona trip planner.

Malaga to Barcelona is an approximately 4-hour flight. You can also take a train; or drive. In July in Barcelona, expect temperatures between 34°C during the day and 25°C at night. Wrap up your sightseeing on the 24th (Fri) early enough to take a train back home.
more less